updated May 18:
with video from Intro +Hit The Lights (from the snakepit)
With link to the METALLICA exhibition of Memorabilia @ Stade de France 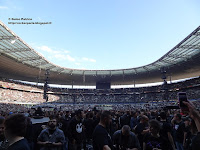 It's the biggest show ever for METALLICA in France, it was sold-out in just 2 days: incredible !!!
First on stage is Gojira : complete crap, the kind of basic heavy Metal band that we hate.
Then we have The Kills, Really wonder what the fuck they are doing here ?!? 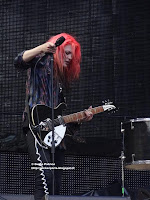 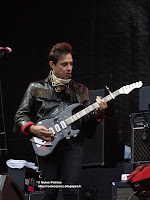 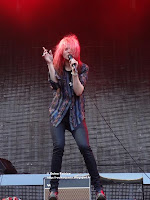 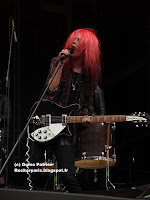 They've done a killer set with their most heavier and dirtier songs, the last two of three times we saw them we were a bit disappointed , not tonight.
Of course, Metallica fans gave them a hard time but they didn't seem to bother even though Alison told the audience to fuck off in the end.
I guess James Hetfield picked 'em up as , I've been told, he was @ Olympia the last time they've played there. 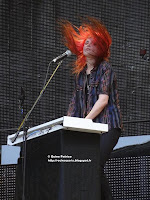 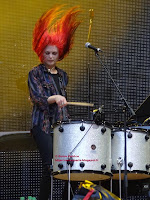 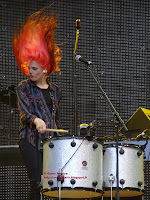 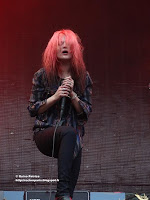 Alisson Mosshart is getting hairy 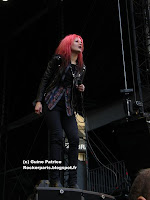 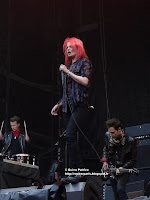 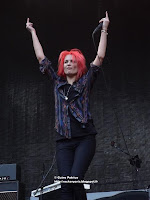 A big "Fuck You" to the Stade de France (far right)

Alison on her facebook page:
"Thank you to Metallica for having us open for them at Stade de France. It was a wild and character building experience. Not every day does one get to stand at the foot of 75,000 people and sing... FUCK THE PEOPLE... It was invigorating... like electrocution is invigorating... an experience I will not soon forget. And for those fans in the front 50 rows who gave us the finger the whole set, no hard feelings kids, i'm still laughing. i'm in love with music and all the energies it may inspire. The more madness, the better. There ain't no joy in an easy ride. Bisous, AM" 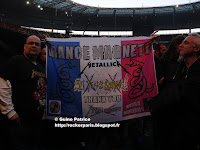 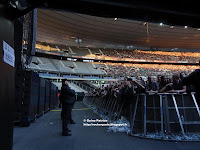 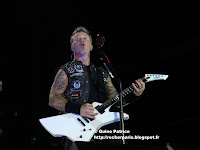 Great opening with "Hit the Lights" 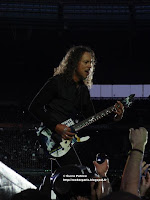 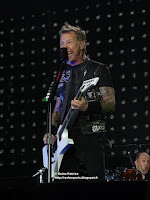 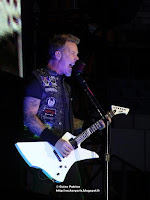 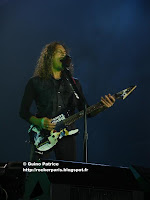 Part 2 of the show is HERE
with setlist & video 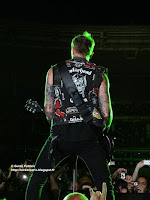 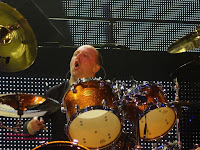 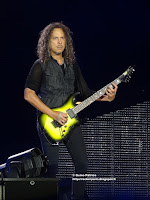 We were in the Snake pit with 300 other Metallica fans
Conditions were perfect, we had enough room and the security was loose, meaning they did not care if you were taking Pics and everybody did. 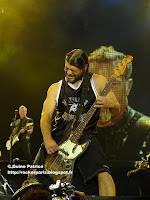 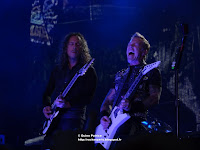 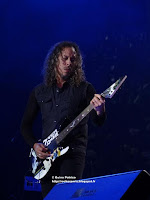 The "Black Album" is far from being my favorite but it was nice hearing those songs again, can't remember the last time I've listened to the album. 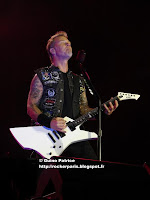 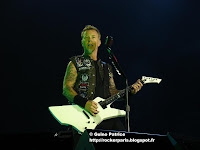 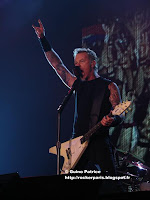 A killer set by 'Tallica 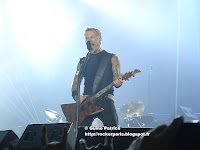 74000 metal maniacs tonight according to the french promoter Salomon Hazot