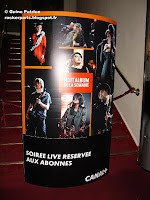 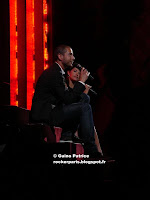 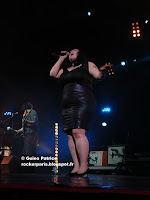 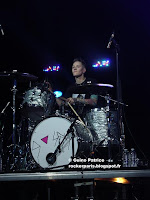 Tonight was played on a huge screen 40 songs from the best artist who came to play at Canal+: The White Stripes, The Black Keys, Lana Del Rey, The Stooges, Arctic Monkeys , Peter Doherty, Foo Fighters, The Kills, REM, Them Crooked Vultures, Green Day, Franz Ferdinand, Miles Kane, Adele, Bjork,Lenny Kravitz, Amy Whinehouse and many others...
300 different bands in all, so they only picked up 40 for tonight:
One song for each of these artists divided over 6 sets, 3 before Gossip and 3 after, if i can remember well.
We've probably been to 80% of all these sessions with some great memories..."singing" with Iggy & Stooges being one of the best. 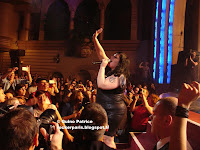 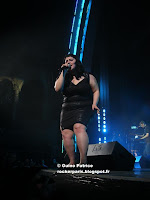 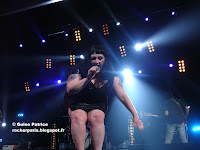 Short 9 songs set by Gossip with many new songs which are very disco, Hughhh !
cool set but we preferred when they were more rock

We were at the balcony with the VIPs, nice goodie bag with sandwiches & macarons by La Durée, perfect for a severe indigestion. These macarons are too good, specially the lemons & the raspberries.
The night ended at midnight (after starting @ 8:00pm), so very cool 4 hours of mostly Rock.
Could not be better... well maybe with a New York Dolls' song that was one of my favorites 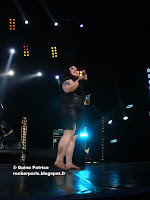 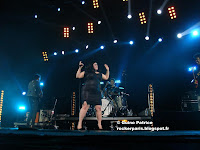 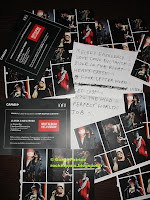