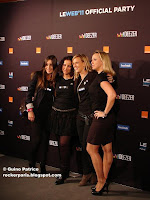 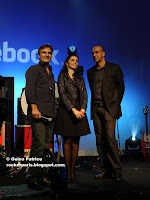 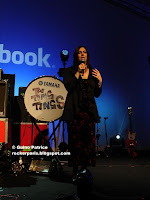 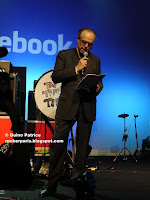 Some Girls & Big Oils are out in force including French Minister for culture
LeWeb11 is organizing 2-3 days of conferences about the Internet and they had the good idea to have a huge party with The Ting Tings to celebrate the worldwide launch of French streaming Cie Deezer in collaboration with Big Brother's FaceFuck & Orange. 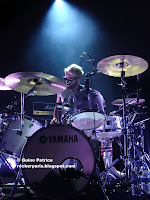 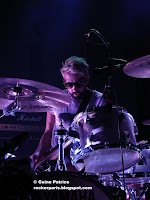 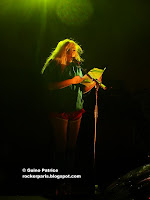 Lots of sexy girls in the audience, it's always a pleasure, and lots of free booze at the bars.
It's the first time we're attending a Ting Tings' gig and we only know a couple of songs that were played on radio from their first album.
No preconceived mind about this English duet...well maybe about their clothes !!! 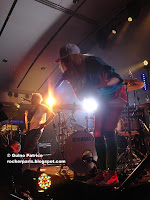 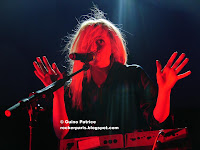 Anyway, even though there are only the two of them on stage, it's sounding good, they do have some pre-recorded stuff but not that much.
The girl is doing the show running everywhere, including a small trip into the audience and headbanging like a Metallica fan during "Seek & Destroy".
The guy is playing Drums, some guitars and Keys and the chick is playing guitars and keys and singing of course. 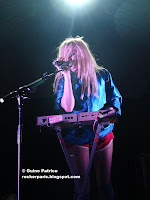 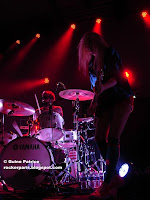 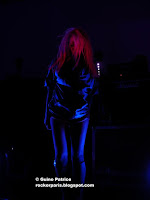 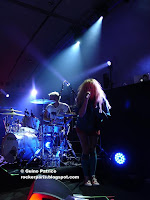 They do have some cool songs that are rocking with a pop/dance beat and feeling.
I'm not too convinced with the more electro tunes, luckily most of the songs are rocking.
I'm not too familiar with the repertoire but out of 9 songs they've probably performed 5-6 new songs.
Nice 45 min set. 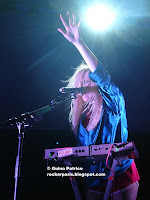 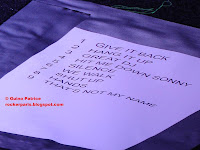