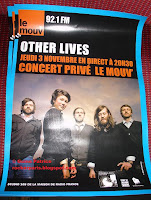 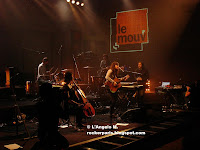 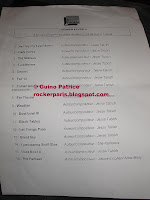 Another day, another concert for ROCKERPARIS.
Other Lives played yesterday night @ Casino de Paris for Les Inrocks Festival we liked what we saw so we're back, this time in the cozy studio 105 of La Maison de la Radio (300 capacity).
This gig is broadcasted live on Le Mouv' rock radio (for the sound) and on Arte Live Web ( for the video). 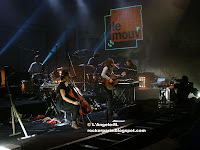 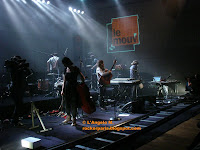 Very laid back cool atmospheric ambient pop-folk-rock with cello, piano, trumpet and even flute. All the musicians are playing several instruments.
Tonight they've played a much longer set than yesterday ( around an Hour) with a very soft and quiet version of The Ramones' "I wanna sniff some Glue" (?!?) and they ended the set with Leonard Cohen's "The Partisan".
Great gig even though i'll probably add some more up-tempo songs with more electric guitar because we like when it fucking rocks from time to time.
Publié par Angelo Misterioso à l'adresse 10:58:00 PM