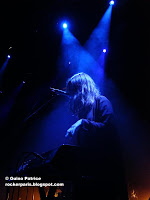 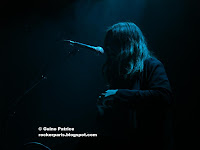 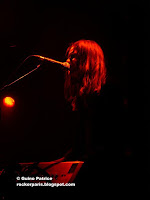 First on the stage of La Fleche d'Or for her French ever show is German Female singer Dillon with a guy on electronic devices, minimalist electronica music for Dillon, Her magnetic voice and her laid-back melancolic electro attracted people who listened to her religiously.
Don't know why but she broke down in tears in the middle of the penultimate song, everything went back to normal for the last one. 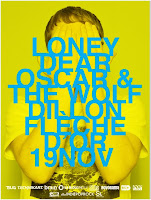 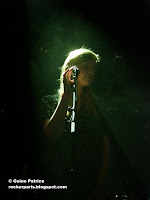 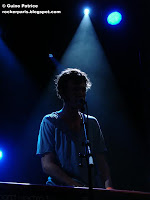 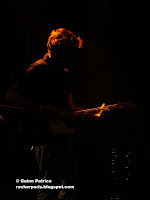 Then we had Belgian pop-folk band Oscar & the Wolf for some slow-tempo songs, more joyful or up-tempo songs wouldn't be a crime.
Cool set tough. 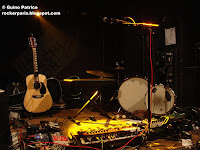 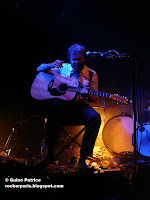 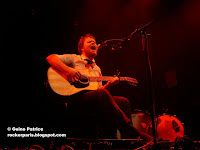 Swedish multi-instrumentalist Emil Svanängen aka Loney Dear is closing this night.
He left his band is Sweden and is playing on his own , well almost there's a Swedish girl on keys and backing vocals.
For this set Emil is singing, playing guitar, doing percussions & playing all the rest ("bass", home made live recordings & loops) with his feet.
I really wonder how he can enjoy playing gigs when he has to concentrate on so many things at the same time.
It looks like he can't all the time as he had to restart a couple of songs but he took it with a laugh so is the audience of dedicated fans.
An hour set of experimental pop-folk that went very well. 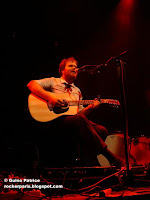 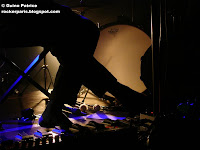 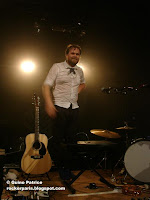 A couple of Pics and short review of Loney Dear @ Black Session in 2009
Publié par Angelo Misterioso à l'adresse 11:40:00 AM