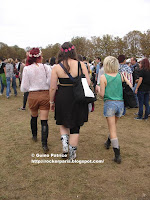 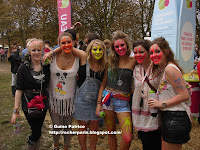 Last day for the Rock en Seine Festival in St Cloud, we get there early but too late to see The Vaccines, well we only saw the last song. 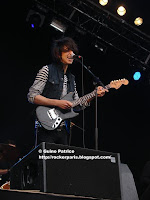 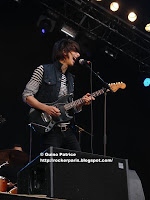 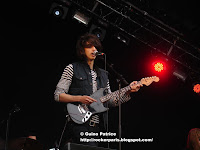 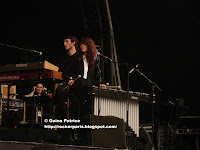 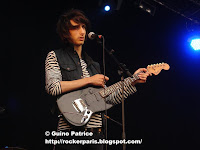 Went to see Cat's Eyes, the band from the singer of The Horrors with his wife on keys and vocals, they were playing on the 4th and smaller stage. Dedicated audience for a treat of 60's psyche with a bit of Joy Division thrown in, the sound was not perfect and it's not really the kind of music for a festival in daylight.
Hope to see them again in a club or a theatre. 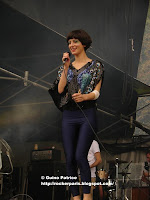 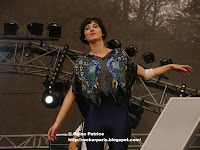 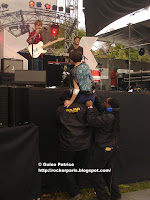 French electro-pop Concrete Knives was playing nearby on the 3rd stage so saw them for a few songs before heading to the 2nd stage for The La's.
I remember now that they were opening for Arctic Monkeys @ Cigale in June.
Lively and cool electro-pop, not our style but entertaining. 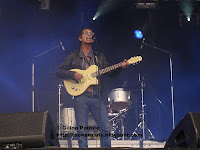 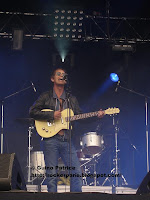 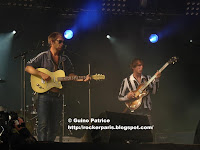 The La's have just reformed so there were lots of expectations. Lee Mavers is on guitar & vocals, Gary Murphy on bass. I was expecting a full band as there is a drum kit in the back but after a few songs it is clear that they will play as a duet.
So we had electro-acoustic version of their songs, it looks like they just don't give a fuck.
Couldn't they afford a drummer and rhythm guitar player ?
The drum kit was used once, between two songs when Lee played drums for a couple of minutes for a jam (?!?).
Disappointing. 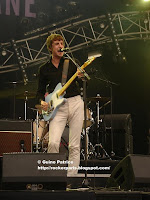 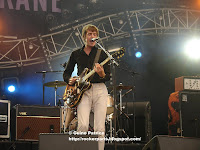 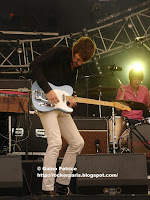 The third stage is packed for Miles Kane, he should have been playing on the second stage (and The La's here).
We already saw him a few months ago @ Canal+ tv show L' Album de la semaine ( click here for video) in March a day after his gig @ Point Ephémère club in Paris.
As they're getting on stage the kids are getting mad, the band is tight the sound is loud and clear.
When we saw them in March we thought they were not a "heavy" as The Rascals specially on cd. Live they fucking rock.
Great gig probably our favourite from the whole festival and Miles is always very nice, smiling to people, just having fun doing what he's doing.
Thumbs up, man. 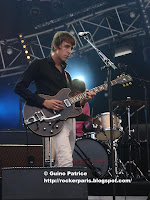 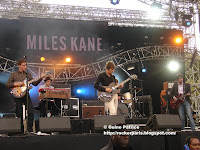 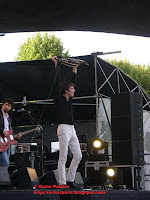 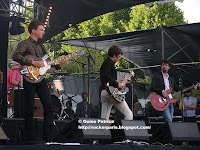