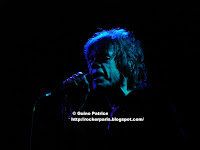 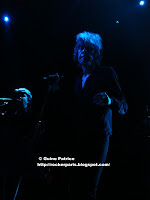 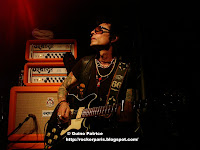 New York Dolls have just released an album "Dancing backwards in High Heels". They were in Paris @ Trabendo just one year ago on April 16th. There has been a few changes withing the Dolls : Steve Conte and Sam Yaffa have left and new dolls Jason Hill (who's also the producer of the latest album) and Earl Slick have joined the New York Gang. 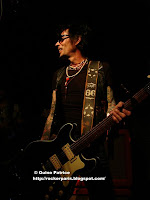 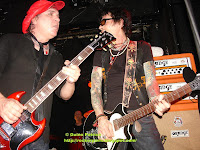 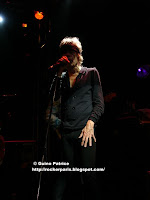 French "hard rock " band Fancy is opening, I don't know what to think : is this band serious or is it a novelty act ? They are between the Darkness and Quiet Riot.
Fuckin' ridiculous if they are serious about it, funny if it's a novelty act.

Sold-out show (just this afternoon) for the return of Sylvain Sylvain & David Johansen the only original & surviving members of NYD.
Late start at they're getting on stage @ 9:45pm.
Sylvain Sylvain on the far left, Earl Slick on the far right (in front of us) David and Jason Hill on bass in the middle and Brian Dalaney on drums in the back.
Cool start with an oldie "Looking for a kiss" then the band will play many songs from the new album , 7 songs in all, Including "Funky but Chic" (click for video) 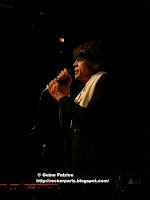 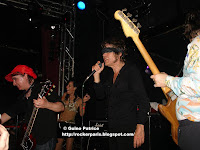 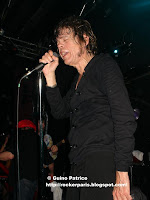 Earl Slick is the main man on guitar, holding the house together as Steve Conte was, whereas Sylvain Sylvain is making the show playing also some keys for the new songs which are less heavy than on the two previous records.
David Johansen looks once again very tired or maybe is it his "Droopy" face that makes him look so tired but he's doing fine always with a smile on his face. His girlfriend is a bit useless doing backing vocals on a couple of songs or dancing on stage.
Only one song from each previous records :" dance like a monkey" for "One day..." & "Cause I sez so" from..."Cause I sez so".
Of course we had all the classics (see setlist for details).
New songs sound better live than on the new record which is a bit disappointing, not enough guitars for me. 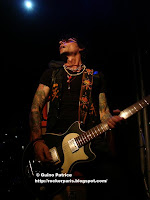 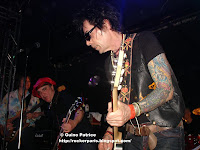 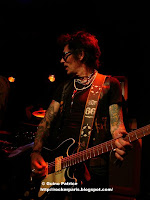 Really good 90 min show even though i would have prefered more songs from the first record when they reformed " One day It will please us..." which is one of my favorite rock album for these last 10 years, great atmosphere down the front in the pit.

Oh Yeah, forget to tell you that the lightshow was COMPLETE CRAP , certainly the worst I have ever seen at the Fleche d'Or, hard to believe usually it's great.Only Earl Slick had lights on him. 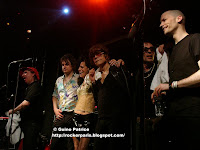 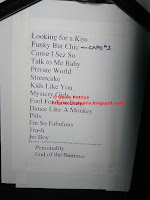 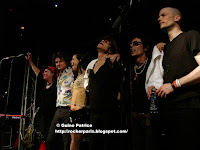