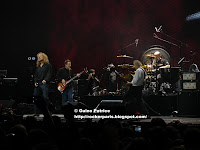 Led Zep @ O2 on Dec 10 2007
After the terrible earthquake and Tsunami that devastated Japan, a charity gig @ Wembley in June will be organise and Led Zeppelin has confirmed that they will reform for this gig only other acts are not known but there are strong rumours of Paul McCartney being part of it.