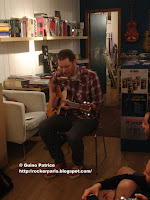 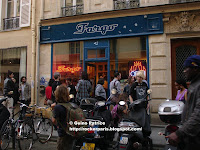 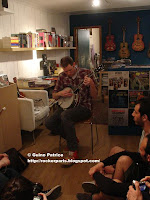 Folk Artist Chad Vangaalen is playing a showcase @ Fargo Store, 30 min performance with Ukulele, acoustic guitar & banjo.
Cool set
Then we went to the nearby Truskel bar to see a couple of bands from the French rock scene, they have their own songs which is a good point but they need to work a lot, they're barely 18 years old so they have time to get better

We ended the evening @ Gaité Lyrique for some shitty electro djing, technical problems and the DJ had to stop after just 10 min, good for our ears that's when we decided to leave the premises. VERY cool place & nice bar maybe they need to book some rock bands with guitars...which will never happen as it's the new trendy electro place in Paris. 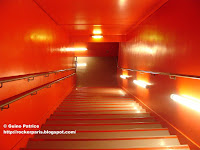 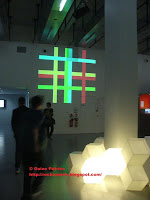 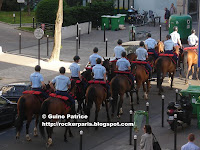