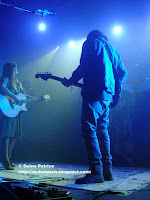 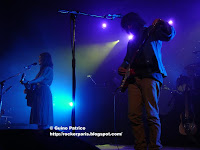 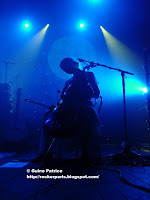 These guys are VERY popular in France right now, they've been here playing several sold-out shows a few months and now they're back playing the Trianon for several other sold-out shows.
We just know their hit song "Big Jet Plane" (here on video) and it sounds ok to us.
Glad to be invited for this gig to check them live.
First thing you notice before they get on stage is that it's a 80 % female audience in their late-teens early 20's and most of them very beautiful whwich is already a good point.
The duo hits the stage aound 9:00pm for a 90 min+ set.
They have bass, drums and cello players.
They're playing a cool pop-folk music, most of the songs are quite slow but not boring which I was afraid of, after 3-4 songs you get slowly into it and finally you like it.
The girl has a funny tiny-tiny voice, they did a James Taylor song and changed the setlist all along the show even playing a new song " I wanna live here". 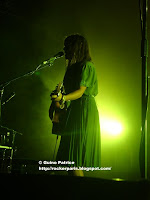 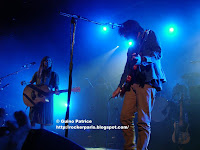 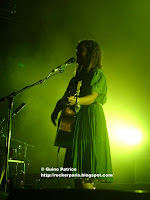 A nice surprise, on some songs you could hear a pin drop as the audience was very respectful and remained completely silent.
A good show ! 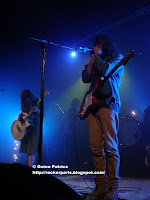 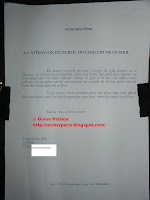 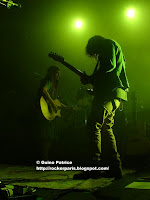 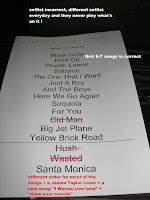