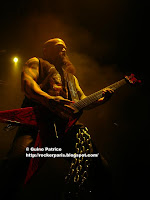 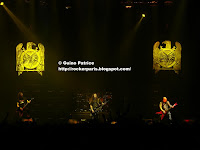 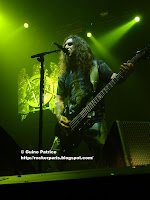 Well, it's been a long time. Can't remember the last time we saw them, I guess it was in bercy a few years ago.
We missed them at the Hellfest last year, even though we saw them getting on stage (Click for the Pictures).
We are not great fans but they've always been very impressive Live. I clearly remember a festival in Bercy "Tatoo the Planet" in 2001 with Slayer headlining and... we were lucky to be on the stage just next to the drummer Paul Bostaph.
The funny thing was that Jeff Hanneman had trouble with his guitar so he went behind the drum-kit to have it fixed by his tech, you couldn't hear the difference when he was playing and when he was not ! 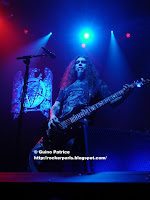 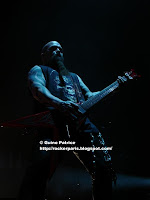 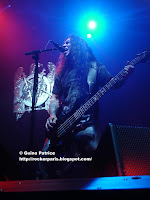 Anyway , it's really a surprise to see that Slayer is not headlining tonight but it's a good surprise for us as we prefer Megadeth.
The Zénith is quite full (6500 capacity) but not sold-out it really shows that both bands are not as popular as before, a few years ago , well maybe 10-15 years from now they were playing sold-out the same arena on their own. 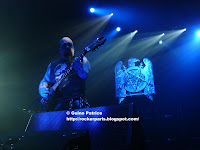 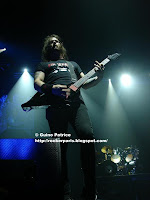 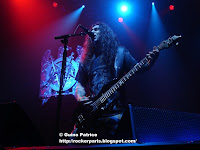 Dark stage for Slayer with a wall of marshall amps in the back and the eagles with the logo above.
Cool lighshow and lots of dry ice (smoke), The sound is perfect : (very) loud and clear. 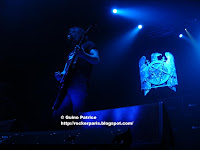 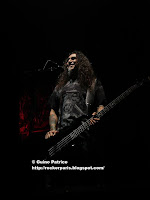 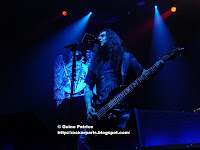 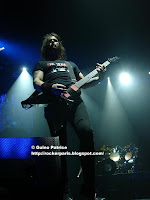 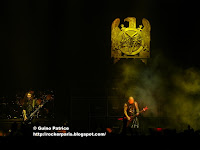 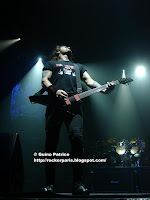 Exodus guitar player Gary Holt is helping out as Jeff Hanneman is sick and is doing a great job.
Powerfull show but songs tend to sound a bit the same in the end.
75 min gig 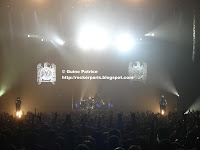 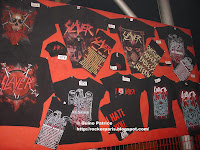