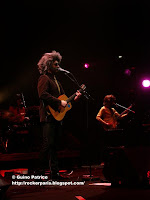 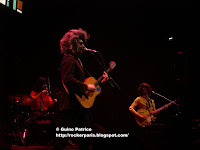 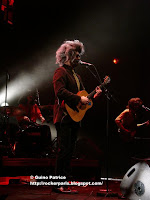 The Cité de la Musique is celebrating the 30th anniversary of the death of French chansonnier Georges Brassens with an exhibition and a few concerts.
Tonight it's with Frencg Punk-Rock band Wampas & cover band La Pompe Moderne opening.
La Pompe Moderne is doing cover of famous international songs but Georges Brassens's style which is very distinctive as he was playing only with an acoustic guitar and had a very special way of singing his songs.
It could be funny, and it is, when they're doing covers of Mickael Jackson or Rage Against The Machine but after 20 min it is starting getting boring. 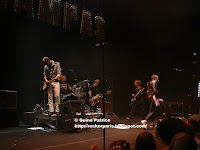 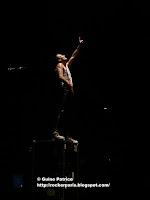 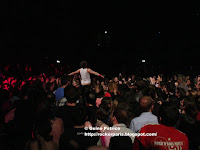 Then we have the Wampas, first time I see people pogoing @ Cité de la Musique.
They have very dedicated fans so they invit them on stage all the time to sing backing vocals or even lead vocals. Very friendly atmosphere as everybody know eachother.
They're playing the usual setlist.
This evening of concerts is called " We don't like Georges Brassens" and the singer is clearly saying, several times, that they don't care about the guy they're only here for the money and that they couldn't refuse the 20 000 euros they've been payed.
The show is really rock with lots of stage-diving from the audience and from the singer who's always singing a couple of songs in the pit and on people's shoulders. 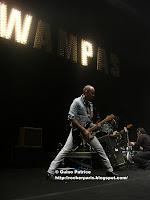 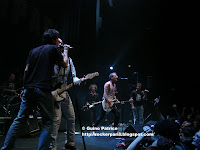 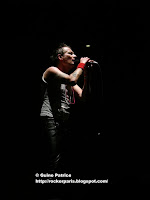 At the end, it's a tradition, all the girls are invited on stage (see pics below) some of them very cute. 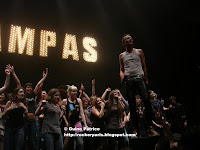 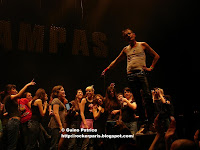 Good 80 min show
But it's time to go to the Tigre club in Paris to attend Peter Doherty's secret show. 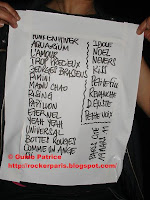