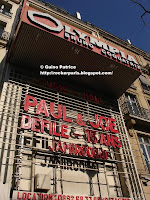 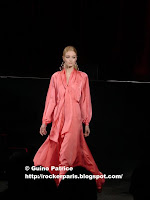 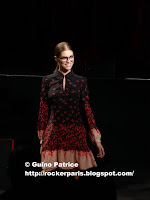 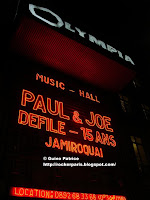 Very nice day, we went to Stella Mc Cartney's fashion show this morning , Paul Mc Cartney was there once again, I think since he divorced from that greedy bitch he went to all but one of his daughter's show.

Then tonight (9:00pm) it was a celebration, it was Paul & Joe's 15 th anniversary and they celebrated it with a huge party @ Olympia.
And to celebrate it with a BANG, they hire Jamiroquai to play a private gig for the 1000 + guests.
French actresses and actors Zoé Felix , Lambert Wilson, Allison Paradis and a few others I can't remember were attending the show.
Normal guests were at the balcony and VIPs downstairs seated at tables full of drinks (champagne, vodka and soft drinks) and food. It was flowing !
Lots of waiters everywhere to provide booze and canapés to everyone.
It was a bit of a mess and it took a long time to clear the aisles as models had to go throught the tables from the front (stage) to the back of the venue. 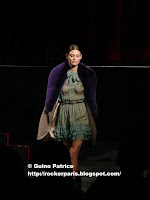 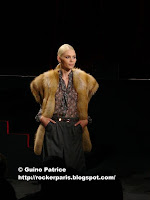 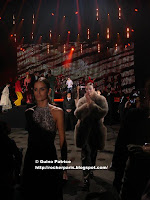 Cool show, models were still walking the "catwalk" that Jamiroquai started their show. 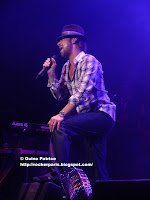 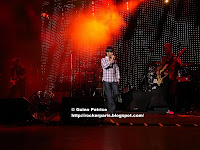 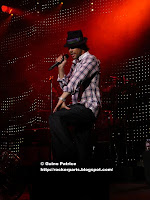 The VIPs rushed to the stage and then we had a 45 min show.
Good lightning , perfect sound and very hot atmosphere down the front with lots of very sexy girls dancing. 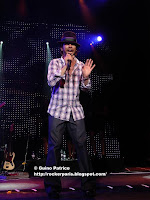 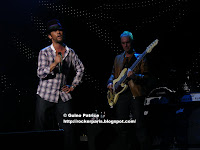 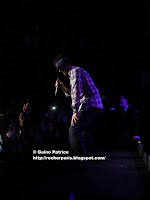 Sorry I couldn't get the setlist but they played 8-9 songs, can't really remember exactly as we already had a few drinks.
Very good show but they left without an encore, I guess they had lots of money for this corporate show and just did what they had signed for. 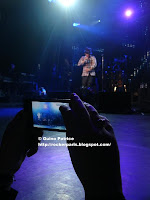 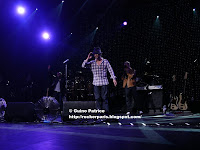 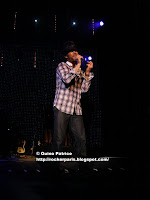 Anyway they had barely left the stage that a DJ was playing some cool mixes of the JB's, Smokey Robinson, Motown artists...
More booze , more canapés and more booze and sexy girls were dancing on tables and everyone was smoking ( I thought it was banned indoors, not @ Olympia). 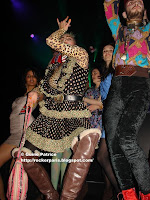 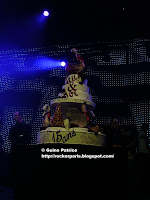 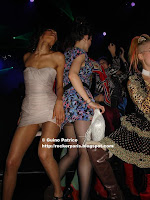 Designers went on stage to say hello and we had a huge cake to celebrate the 15th anniversary. 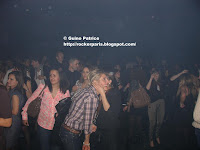 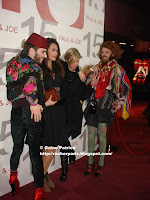 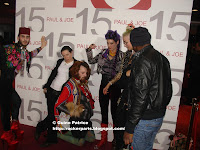 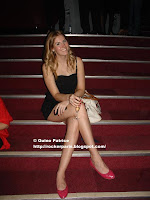