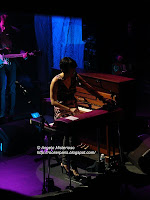 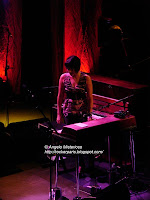 Norah Jones is back in Paris just 2 months after playing in the Studio 104 of La Maison de la Radio for France Inter on dec 7th ( click for review Pics & setlist )
This time @ the beautiful Espace Pierre Cardin (1000 + Capacity) next to the Concorde, the Champs Elysées & in front of the American Embassy.
Nothing new in snowy Paris , she played exactly the same setlist as in December but 3 songs that she didn't play tonight , 14 songs in all.
Same pop-rock with country flavour in slow motion for 80 min.
She's still playing guitar on a few songs , the voice is perfect and she's as hot as in 2009. 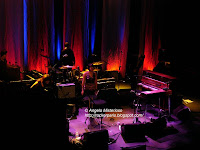 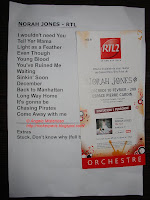