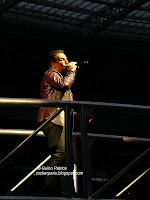 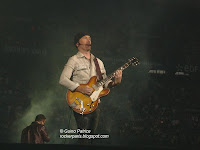 I couldn't see Kaiser Chiefs as I 've arrived there very late or maybe they were playing early. 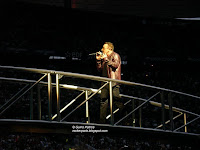 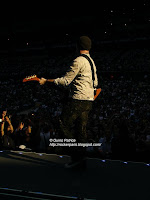 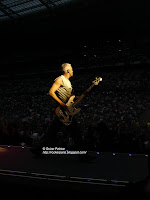 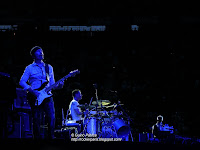 We could secure "golden circle" wristbands so we're in the first pit on The Edge's side , not the best place as it's really packed here.
The stage is really beautiful but they don't really use the catwalks so it would have been better to be front stage. We'll sort this out tomorrow ;-) 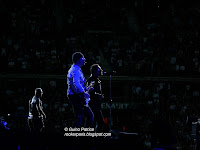 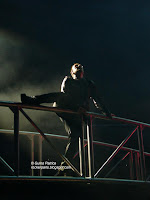 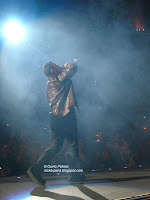 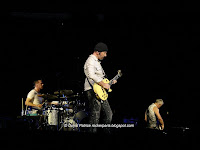 I mean... this is U2 some great songs ( the old ones ) and also lots of shit ( the new ones ) with their stupid backings vocals let-all-sing-together : OOoohh ! AAaAAaHHhhh ! 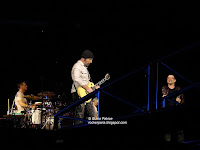 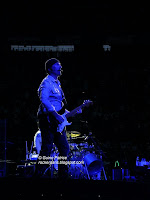 You can' t go to a U2 concert without stupid political statement from Bono : War not good , Starvation Not good , Dictatorship Not good ... and so on .

They even get Desmond Tutu to do a speech on whatever it was and the most ridiculous thing of the gig , the lads from U2 even asked questions to some guys trapped in their space station who are listening to U2 , poor guys.
Bono didn't forget to thank Live Nation ( probably the worst Cie on earth , they have a monopoly in some countries killing the music scene and they supported Bush & the neo-cons ) Universal ( nice label too ) ... 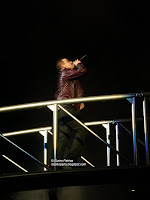 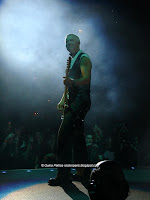 Bono : what a fucking moron you are , This opportunist probably forget to tell you that the U2 company is registered in a Tax haven.
These guys don't want to pay taxes, maybe someone should tell them that with Taxes, money is being injected into Hospital , public services , schools , university , social security ... 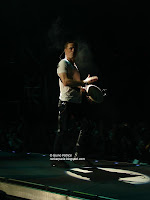 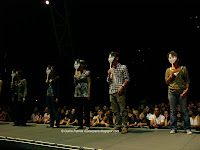 Anyway It was a good show but Bono should cut all this political bullshit from the gig and play one more song maybe two. 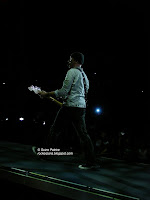 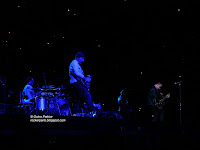 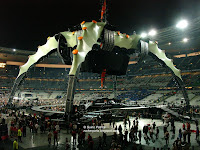