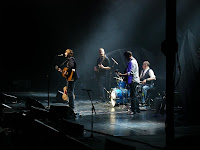 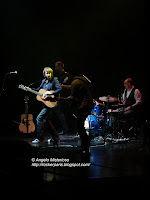 3rd show in 3 days in Bercy for our team at ROCKERPARIS , we should be back for Madonna tomorrow ( or maybe we'll go to see Canned Heat @ Bataclan or Anthony & the johnsons @ Salle Pleyel or Chris Cornell @ Black Calavados , we don't know yet )
Almost sod-out tonight , Seal is VERY popular in France , he sold more than 1 Million of his last album " Soul".One third of the woldwide sales of his last cd were in France.
I saw him before chritmas at a Canal+ TV show " La Musicale" ( click on link for the review ) and I thought he was brilliant.

Can't tell you anything about the folk - rock support band ( even their name ) we just saw the last song , people seemed to have enjoyed it 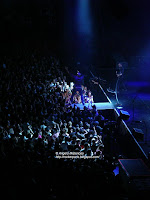 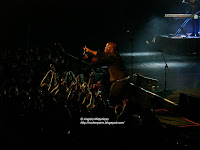 Lots of soul cover in the first half with SEAL ( "Papa was a rolling stone" , "a change is gonna come" , "I've been loving you too long" , "Knock on wood" + one from Al Green , The Impressions ... )
Songs are great but when you're singing Soul music , you need SOUL and there isn't any SOUL in Bercy tonight , it sounds more like an easy-listening version of soul covers.
He's not helped by some totally uninspired musicians.

The second part is more focus on his songs which are much more electronic and dance than I thought , it's better but far from being fantastic.
He stayed most of the time on a small catwalk to be in contact with his fans shaking hands with them very often and even taking request ( He did " Ne me quitte pas" in English and a cappela ) and is also making the effort to communicate with the audience.

Nevertheless it was a very disappointing concert

Sorry the pictures are crap Patrice Guino our photographer didn't bother taking any for this one. 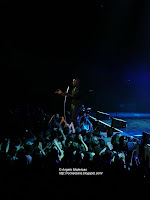 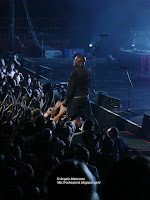