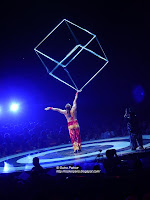 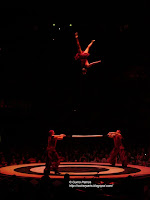 Last show for Britney Spears lots of empty seats in the back covered with black curtains , the other two were sold-out.
I Went with my two little cousins who are on holidays in Paris ( i'm trying to find a cheap excuse ).

First on stage is French new Gay icon Sliimy thankfully get there for the last song , he was on stage with just a guy on acoustic guitar , I don't think the response he get from the audience was overwhelming.

Then we had a very cute female DJ ( Havana Brown ) She was sooo bad it was embarrassing , if she ever DJ like this in Ibiza this summer i'm sure someone 's gonna find her body mutilated in a plastic bag. 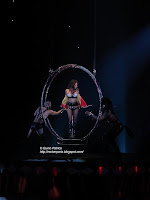 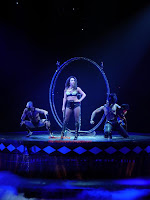 You can CLICK on each picture for the full size 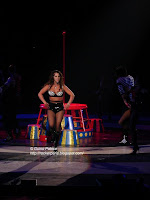 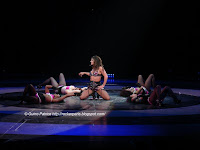 Last but not least we had some dancers and jugglers for a good 20 min before Britney Spears got on the stage arriving from the ceiling.
I've been told that the show was stunning , well that's partly true , it's a center stage with perfect view wherever you are , the musicians are hidden in the pit.
There are 500 and 1000 euros tickets just in front the stage and you're sitting on a sofa but who would pay to see such crap.
She's not singing AT ALL for the whole show , yeah it's a show not a concert.
The pre-recorded voice is unbearable from start to finish drowned with distorted auto-tune.
Can we talk about the music ?
Well NOT , the biggest piece of shit I have ever listened to.
At least Madonna has some very decent tunes.
LOTS ...I mean LOTS of very beautiful girls in the audience tonight.
I had my camera with me so I kept myself busy for the whole show so enjoy !
After such crap I really had to listen to some real music , there's nothing better than "Painkiller" by Judas Priest to wake up the neighbors at 1:00 AM
Vengeance is sweet.
review © Guino Patrice 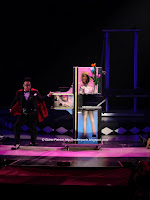 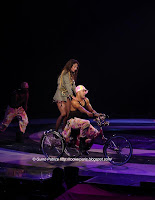 Hey dude watch out behind you ! 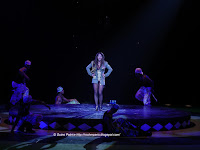 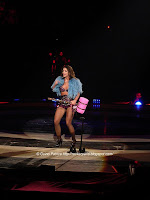 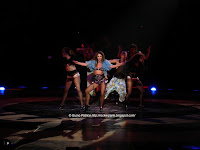 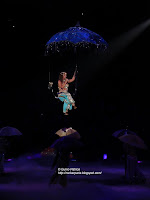 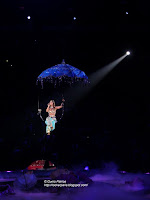 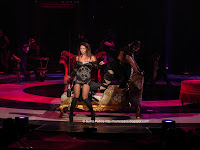 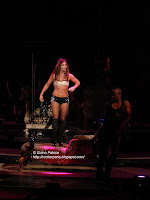 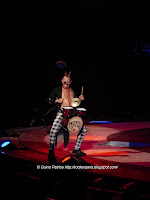 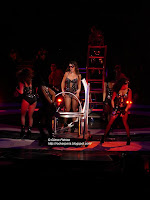 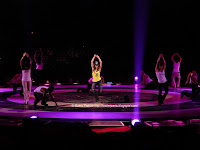 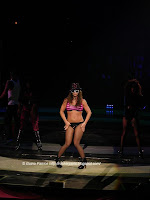 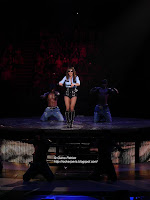 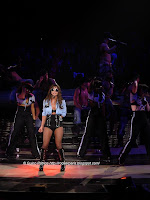 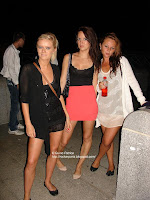