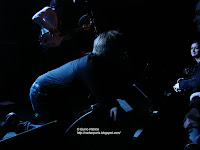 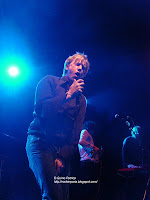 I've missed part of the first band so can't tell you that much about it but they seem OK
Then we had The Revellions from Ireland , good set , we're in the time machine Year 1966-67, the singer was a bit wild and a bit drunk too. Nice opening.
Our fellow photographer Patrice Guino for ONCE was NOT on the guest list, and you can't imagine how pissed off he was , but thanks to one of his mate could get in. ;-)
It's Funny when these things happen as it tends to annoy him greatly and make us LoL... anyway enjoy his pictures and fuck'em all. 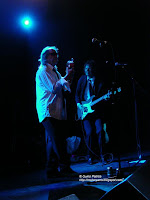 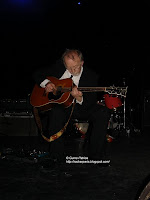 Nice to see The Pretty Things back in Paris , last time we saw them was at the 40th (?) anniversary of the Gibus Club a couple of year ago.
They have two new kids on drums and Bass.
Things haven't changed that much , still the same ol' blues rock, i really dig the guitar sound ( courtesy of Dick Taylor ) and Phil is as cool as ever. 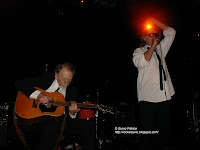 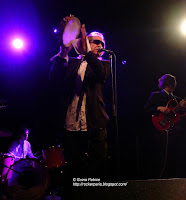 Phil is showing us a magic trick ( left ) 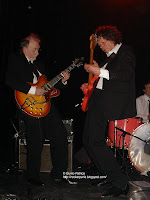 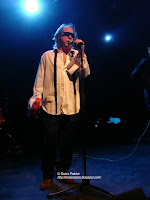 They invited guests to come and play with them , French singer Little Bob and French guitar player Henry Padovani (who was in the first line-up of The Police before Andy Summers ) for a couple of blues songs . See video of the second song below.
Once again a nice set and don't be fooled by the setlist below a couple of things are missing on it. 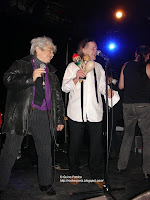 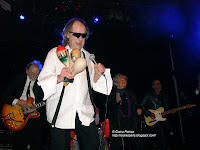 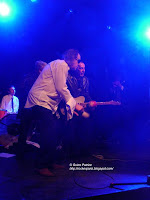 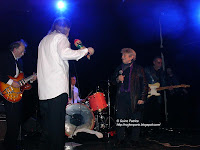 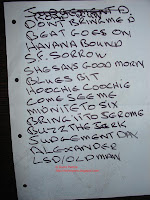 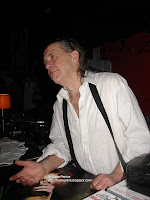 SETLIST, May not be accurate & May relaxing after the show