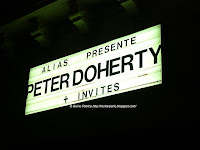 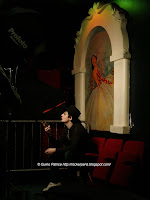 Pete did a photoshoot after rehearsing 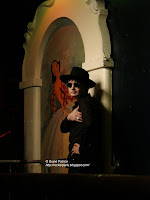 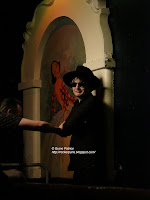 He spotted us laughing 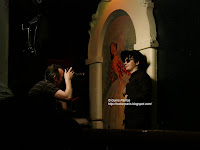 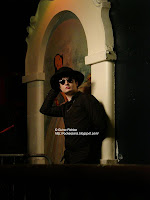 Here with the photographer 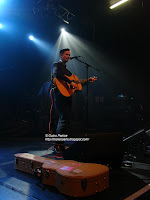 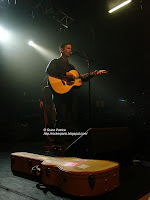 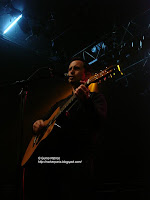 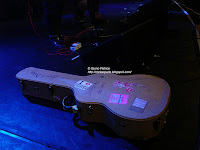 Nice 5 songs set by Adam Ficek. He was welcome by the audience
Then we had Alan Wass & friend , they just played a few songs on acoustic guitar , it was a bit of a mess but i liked it.
Both of these guys are just assholes , we were backstage after the show and they were completely pissed and were kicked out of the backstage ( don't know the reason ) by the manager. Lots of tension because of this two dickheads. Nearly a fist fight.

Great set by Pete , lots of people on stage : Pete + Adam & Drew , 2 keyboard players , 3 classical musicians + Graham Coxon on guitar & Miss Allison on vocals for one song.
Nice combination of full band songs and acoustic numbers with Pete on his own.
Graham seemed sometimes a bit lost in all of this but nevertheless did some great guitar licks à la Jeff beck.
Lots of slow or medium tempo songs ( i'm not familiar with the new songs ) except for the last one " Time is for Heroes " the fastest song of the night , here on video
ENJOY !!!

See our pics and Video from Pete playing the single at a radio show last week in Paris : HERE

Last song of the show with Pete Doherty jumping into the crowd :