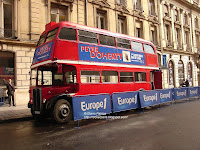 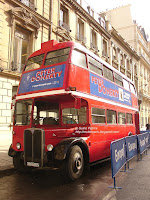 Pete Doherty was supposed to play a private gig in a double decker bus at 1 pm , once again this publicity stunt for the released of his solo cd was CANCELLED at the eleventh hour.

In fact NO , we had a phone call from the record company who made everything possible to get Peter , so we picked him up at 7:30 Pm with the bus directly at his hotel and we ( 15 competition winners + Pete 's friends ) headed for the Bataclan.
We ( i mean Mathilde , Candice and myself ) were sitting on the upper deck first row down the front just next to him , how cool is that !
We were given posters and tee-shirt but no cd , it's not out yet .
It was funny to see Pete having his new solo cd in his hands for the very first time , he looked at the cd and the booklet carefully. 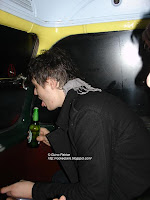 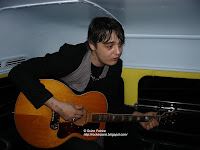 One beer for the road

Everyone could get his things signed , took pics with him , had a chat and then he took his guitar and played us several songs, taking requests ( setlist soon ) until we arrived at the Bataclan 40 minutes later.

SETLIST : (click on songs to see videos , thanks to candice for filming )
Can't Stand Me Now , Can't stand me now ( different video angle )
France
the Ha ha wall
Back from the Deads
What Katie did ?
The Good Old Days
( and maybe "When the lights go out" not sure about it )

IN-CRE-DI-BLE : One the smallest show i have ever attended ( less than 20 people )
ROCK 'N ROOOOOOOOOLLLLLLL !!!!! 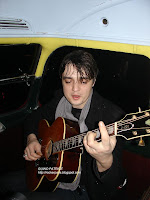 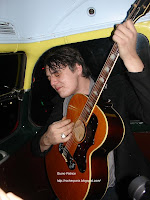 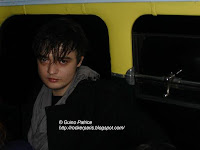 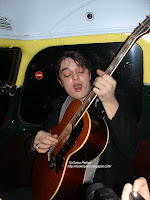 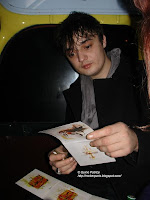 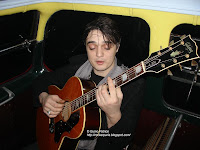 Discovering his new cd for the first time ( left ) 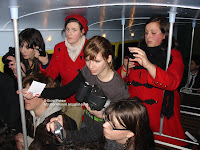 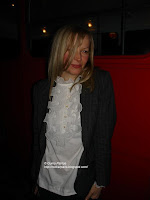