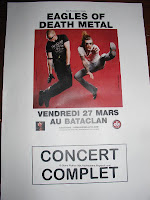 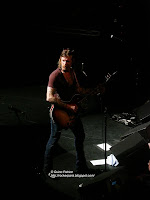 The Pigeons of Shit Metal as Axl Rose famously called them once are back in Paris for another sold-out gig two months after their show at the Nouveau Casino ( Jan the 27th ).
I only saw them once and it was at the famous Canal+ tv show "L' Album de la semaine"(click for the review & setlist ) and i thought they were very limited and a rip-off of the Stones even tough they were funny.
I've allways prefer a serious good band to a funny shitty band. 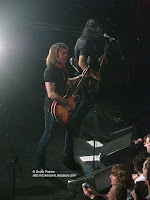 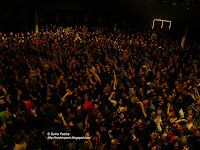 A wild audience in da pit

Tonight i've changed my mind , seeing them in front of an excited live audience is quite a difference.
Don't get me wrong they're still a bit limited , well i'm talking about their singer Jesse, can't say that about the monster drummer ( QOTSA ) , this guy is a fucking killer on drums .
Dave Catching on guitars is cool and doing his parts properly. They have a funny Marky Ramone look-alike on Bass.
The songs are lively ( i'm not too familiar with their repertoire ) and you can really feel that these guys are having fun.
They did a nice version of Brown Sugar and a killer " New Rose" by The Damned which was the very first Punk records months before the Sex Pistols.
Nice evening 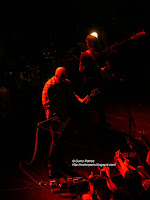 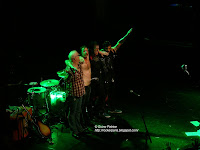 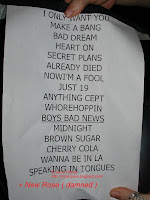 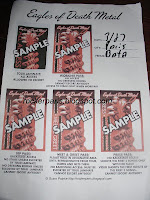 Setlist +
Ridiculous pass-sheet for a band that is playing theatres.

EODM with a guest on vocals :