French singer Christophe is playing his last show tonight at the Olympia theatre in Paris, he's here tonight with guests including Eric Truffaz on trumpet who came on stage 3-4 times.
Gail Ann Dorsey , who played for David Bowie among many others , was on bass for the whole show ; Eumir Deodato was lucky to conduct most of the time an orchestra of very sexy violin players.
Carmine Appice appeared twice and did two fantastic drum soli. 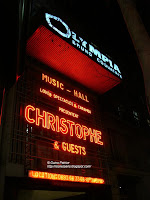 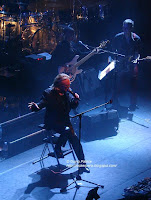 First part of the show consisted of Christophe new cd , some part are good , others a bit boring. 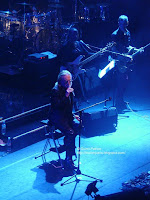 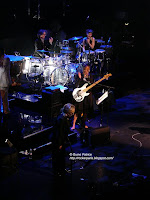 Second part consisted of his hit songs , some of them re-arranged. 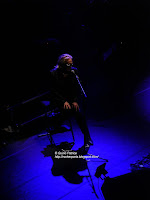 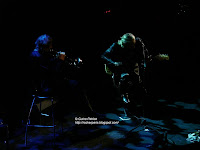 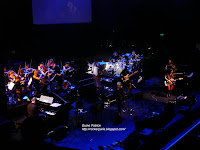 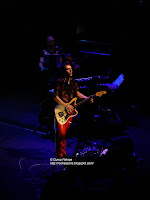 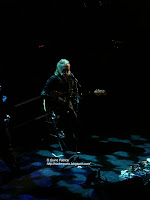 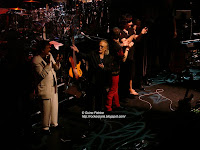 & Carmine Appice on the right clapping

Christophe is a funny guy on stage , always sitting on a stool , taking pictures all along the show of his musicians with a disposable camera that he throws away into the audience at the end.