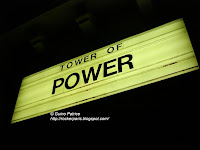 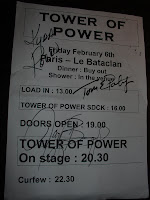 Mr James Brown is dead , The JB's ,Parliament & Funkadelic are long gone , Sly ( & his Family Stone ) is high up in the clouds God knows where .
But there 's still one band funkin' & Groovin' in 2009 and he's playing the Bataclan tonight.
41 years together, a real performance in itself. Tower of Power is in da house .
A bit sad that the parisian theatre is far from being full , the balcony is closed and there are lots of empty spaces down in the pit.
What are you doing froggies on friday night ?
Anyway ToP is here to groove and that's what they're gonna do for 90 min.
Storming set very Funky but they know also how to keep things calm too with a couple of slower songs including one reminding me of those vocals band from the sixties
The band will release a new cd next month ( they've play one new song from it ) featuring Tom Jones ,the legend from Sam & Dave : Sam Moore and the lovely Joss Stone.
Nice evening & some of the guys came to sign stuff to fans just after the show
I guess that everyone went home happy 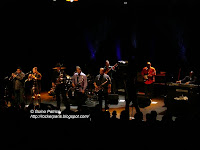 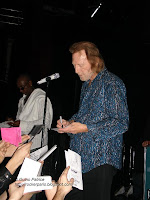 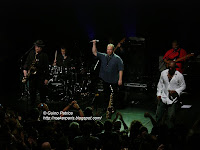 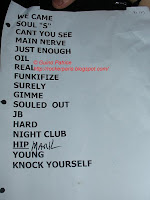 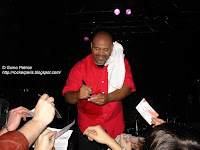 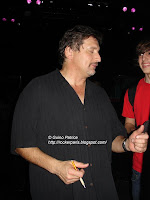