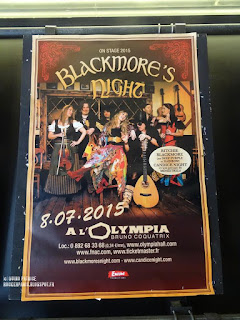 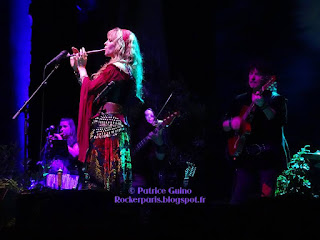 First concert in Paris for Richie Blackmore & friends in almost 10 years, last one was recorded for a DVD at the very same venue in 2006, we were not there.
Last time we saw Richie was with Blackmore's Night in a theatre in London around 1999-2000. Of course we saw him with Deep Purple on "The Battle rages on" Tour @ Zénith.
It's been a long time...
Can't say that we're too fans of this kind of music...but that was our chance to see the man in black -he's not really in black anymore-  perform Live as he's not coming too often over here in Paris.
One thing is for sure Candice has a beautiful voice and is taking the lead ;  Richie is still playing wonderfully, he's now 70, but he stays in the back.
Beautiful stage props with plants, trees and rocks, musicians are dressed up for the occasion and nice projections on a huge screen in the back for the medieval atmosphere.
The band is playing songs from different records of Blackmore's Night including a couple of new songs that will be on the new record to be out in September.
We had a few covers including Procol Harum 's " a white shade of pale" and a wonderful version of Deep Purple's "Soldier of fortune" with a great intro on acoustic guitar (see video below)
Glad to hear Richie rocking when he played his white Stratocaster for a couple of songs.
Each of the musicians had their moment with a solo. 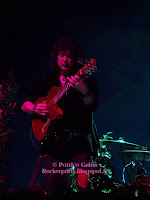 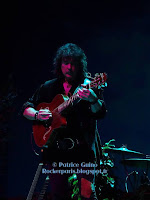 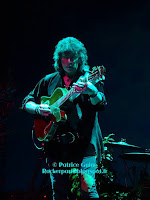 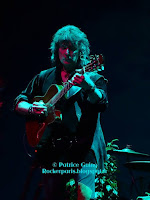 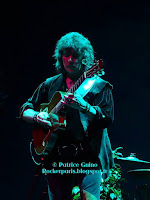 I've never seen Richie Blackmore acting like this before: he was in playful mode, giving out beers to people from the first row, shaking hands, joking constantly with his wife... and even signing numerous autographs on stage...
They even had their young children ( aged 3 and 5) out on stage for one number ! 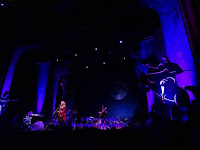 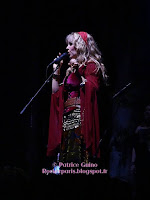 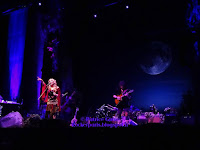 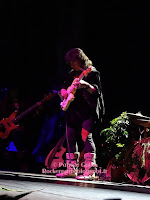 Too bad the security was a pain in the ass, first they've decided that we could not take pics anymore after 30 min (on the artist's request) but more important, for the last part of the concert, people started standing up and getting closer to the stage only to be told several times to go back to their seat and sit down. What a bummer !
Nevertheless, nice to hear that Richie hasn't lost any of his dexterity on guitar. 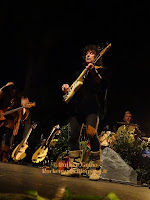 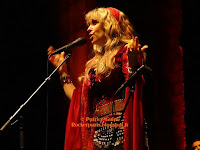 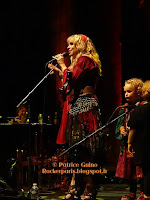 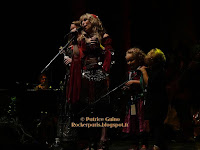 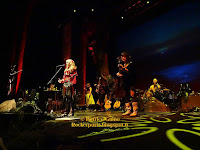 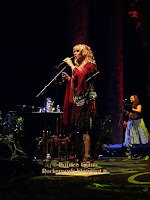 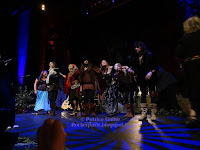 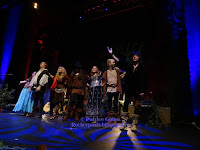 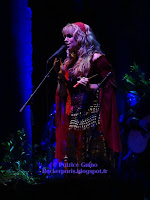 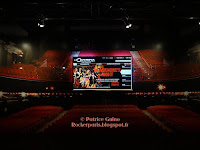 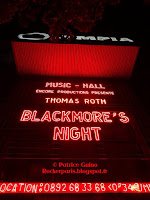