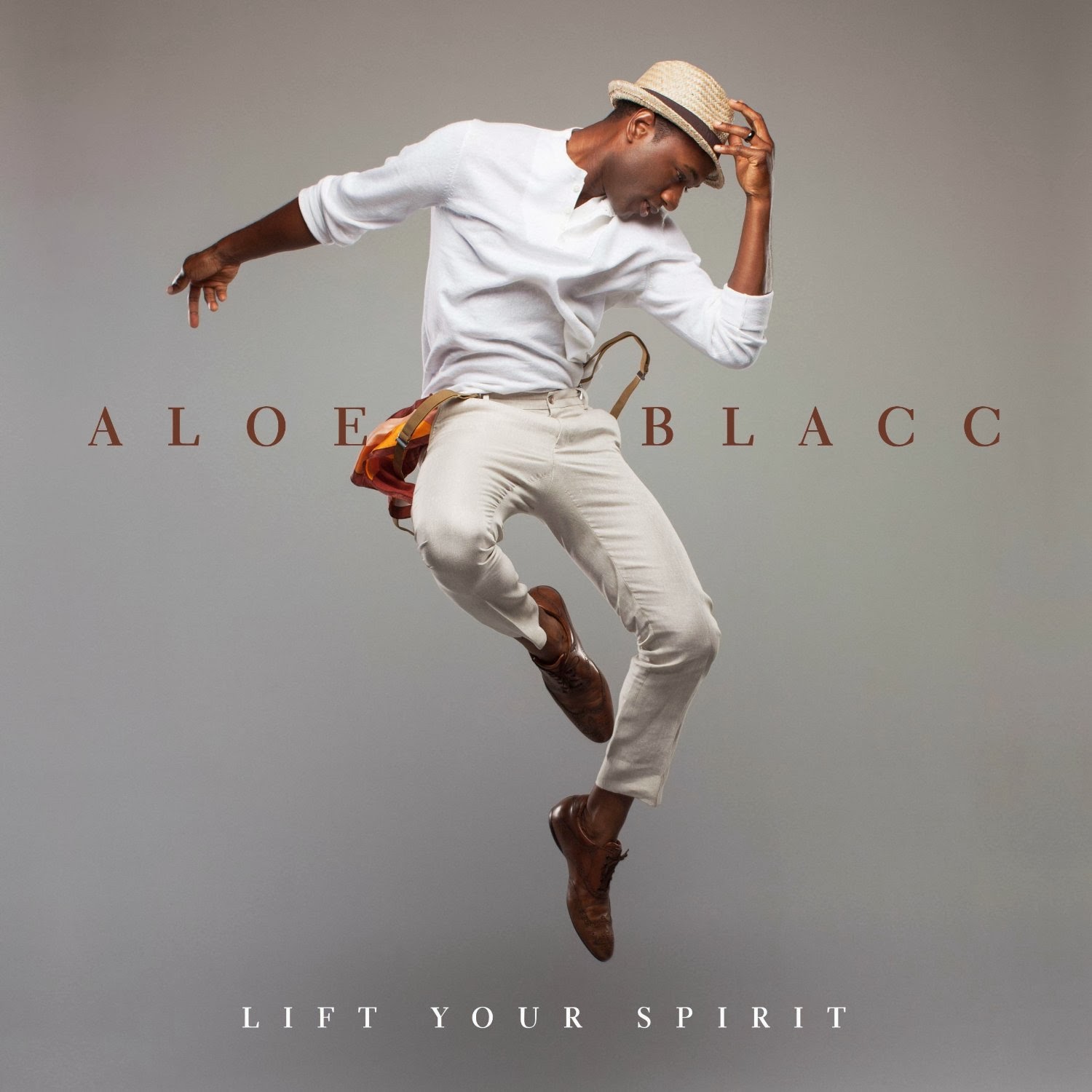 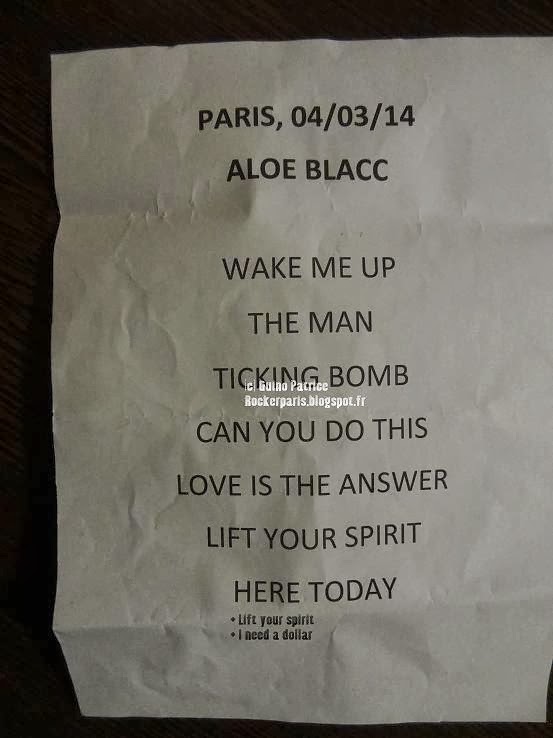 Aloe Blacc promoting new album "Lift your Spirit" by playing famous Canal+ tv show. Smartly dressed with 6 musicians all wearing black costumes and black hats except for the two guys on saxo and trumpet, dressed in white (?!?).
Nice songs, Aloe is a great singer and seems to be a very nice guy but the music is a bit "light", it's lacking passion and "soul" which is a bit of  a shame when you're playing soul music.
Very enjoyable set of songs but it's lacking something...