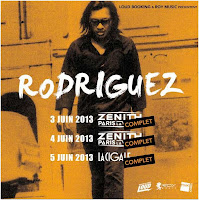 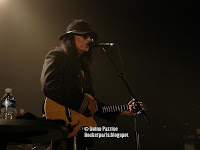 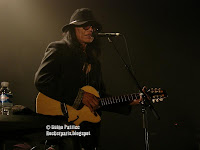 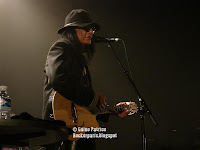 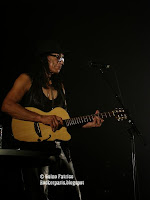 Hard to believe, after probably the worst shows I've been to this year 2013, that RODRIGUEZ will be alive & kicking tonight !
8:30 pm and Rodriguez is getting on stage. He has a voice, the band is playing better, the atmosphere is religious with real fans attending and not some of the posh bitches I saw at the Zénith for both shows.We even had a couple of youngsters getting on stage to sing with him and thank him. That was fun and harmless but not very respectful to a 70 year old man !
Ok he's still asking for wine between songs , but his valet was reluctant giving some to him so he had to be patient to have a glass... for the better.
His voice was a bit weak after a few songs but much better than yesterday.
Still lots of cover songs tonight: "La vie en rose","c'est si bon",  "I only have eyes for you", Carl Perkins' "Blue suede shoes", Bob Dylan's" Like a rolling stone"and a couple of ohers, some of his own songs are edited but we had a VERY GOOD SHOW. It was night & Day compare to the Zénith shows !
70 min show
Hallelujah !!! 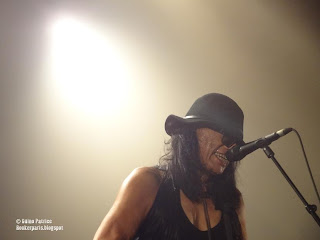 anyone has the complete setlist ?