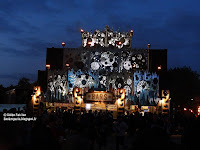 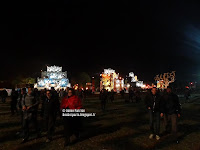 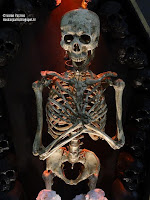 The band has been rehearsing near Paris for the last two weeks, probably the same rehearsals space as The Rolling Stones in Bondy.
it's a Classic Rock day with Saxon, Twisted Sister, Europe & Whitesnake, all playing on the very same stage.
DEF LEPPARD is headlining the day. It's been 17 years since they've played in France. We saw them in London in 1999-2000.
Nice stage with a big screen in the back and stairways on both sides. As it's now dark the lightshow looks fantastic and also do have a great sound.
Weird choice for the first song: "Good morning freedom" luckily we have "Waysted" just next.
Vivian has shaved his head, he's been treated for his cancer, hope he's doing ok. 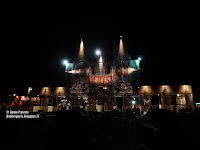 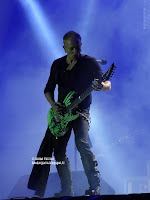 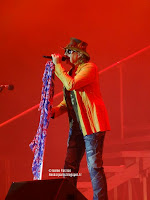 Joe Elliott put some scarves around his mike-stand like Steven Tyler and also has a fancy hat.
the playing is neat but I'm a bit suspicious about some of the Backing vocals and even on some parts of Joe's lead vocals.
Not the best setlist to start the show with (" Good Morning Freedom", "Let's get rocked", "Action") but we had a fantastic version of "Switch 625".
After this mini set the band is leaving the stage.
Why is the intro so long ? as we had to endure a more than 5 min long footage and interview on the video screen before they played the first song of the album. 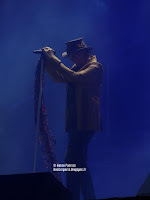 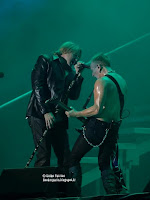 "Hysteria "is not their heaviest album but the songs are fantastic so hearing the album from start to finish is a real treat, Can they do this with "High& Dry" ? 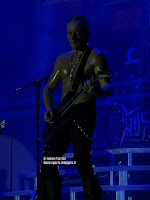 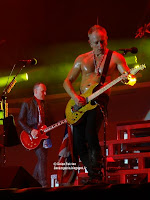 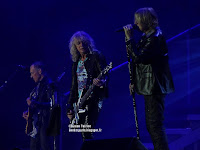 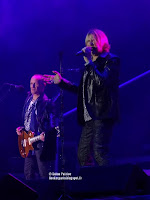 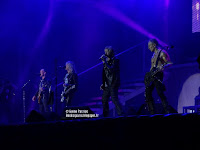 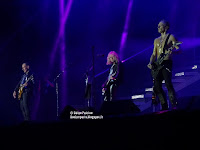 We really thought that the band had left the stage for good when they started playing a song through the PA after" Love & Affection" and people started leaving.
Fortunately there was an Encore with some great renditions of "Rock of ages" & "Photograph". 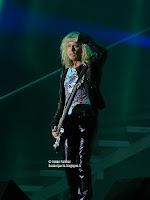 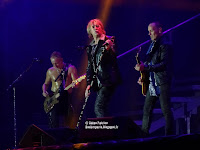 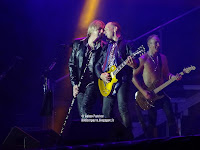 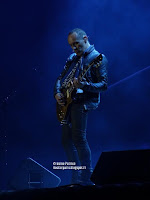 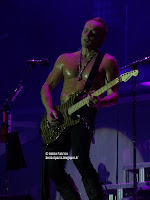 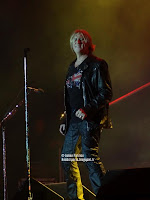 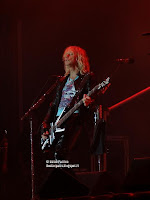 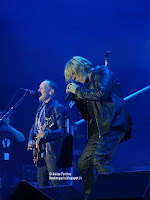