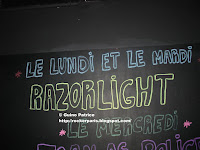 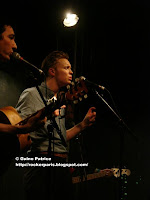 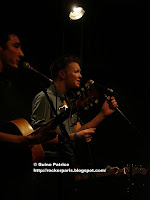 Razorlight is playing two low-key club shows @ Fleche d'Or (500 capacity) in Paris, France to introduced the new line-up. Maybe we should call them New Razorlight as there has been many changes.
We are attending the second show which was the first one announced and sold-out in a day. Yesterday's gig was added later and was also quickly sold out too.
It's a 90 % female audience. :-)))
Their success has been going downhill for the last few years, from playing full house @ the Olympia theatre ( 2500 capacity) to an half full ( or half empty) Bataclan theatre (1200 capacity). 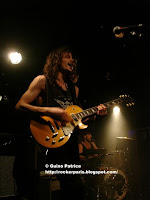 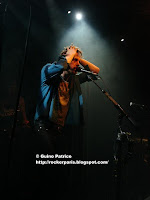 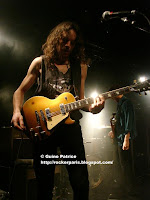 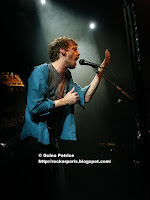 Razorlight has two new members Freddie Stitz on bass, who looks like he escaped from a a southern rock band and Gus Robertson on guitar who looks like Chris Cornell from the early incarnation of Soundgarden just before he turned into a model for Gap.

We've never been fans of Razorlight, they were way too light for us and we always thought that Johnny Borrell looked like a dick with his white-sneaker-white pants & white INXS tee shirt.A good mama's boy.

Hey baby ! Things have changed for the new year, the guy looks like a tough mother-fucker now: dressed in black, short hair, moustache & beard , now he's looking like a proper rocker.
Even his attitude on stage is completely different ( see pics).
I don't know if it's a very honest move, the press will probably nail him to the wall for that but... we like it. 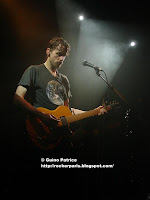 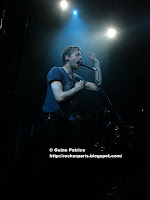 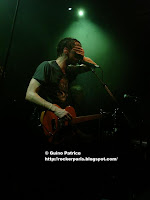 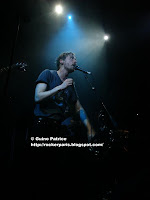 Even the music is much more rock than it used to... and we like it too this way. 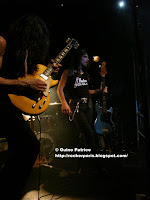 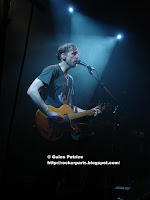 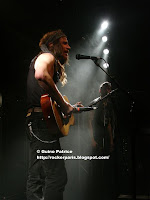 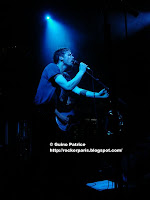 The band is playing pretty late (10:00pm) with Thos Henley & his band opening with their cool folk. Thos played an Oliver Peel session on his own a few months ago so we're glad to see him here. 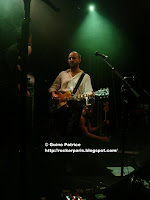 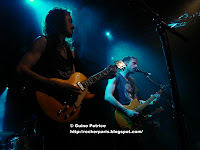 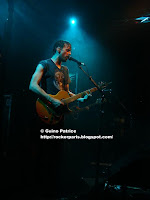 Lots of heavy guitars for the new Razorlight and fun set as the bass player is singing a song on his own, we also have a guess singing ( and playing guitar) on Jonathan Richman's "Pablo Picasso". Looking for credibility ?
They've played some of their hits including "America" (click for video) plus many other songs (see setlist for details) we're not very familiar with but it was rocking. 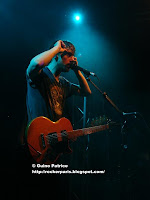 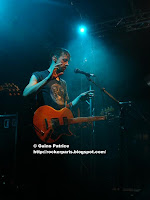 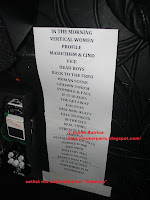 The setlist is as long as my arm ( 28 songs ?) for a 90 min set.
They've changed a few things compare to the original setlist : (tbc)
Real thing
Perfectly high
America
Military Man
Pablo Picasso
Somewhere else
?
People who party

The new Razorlight is rocking and we like it.