Next shows in paris for February and a couple of news

Remember: check before going.
We're gonna have a quiet month @ Rockerparis, we're going to a handfull of all these shows but don't worry we'll keep you informed anyway. 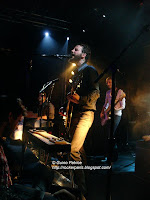 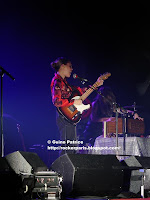 A couple of news:
-Van Halen are recording a new album with david Lee Roth
-AC DC's "Let there be rock" remastered dvd with bonuses should be out around June 2011
-Gary moore died from a suspected heart Attack
- Coldplay + Beyonce & U2 are headlining Glastonbury 2011
- A complete Thin Lizzy Sydney '78 film featuring Gary Moore unearthed (13 songs in all)
The complete set is as follows: Jailbreak / Bad Reputation / Warriors / Don’t Believe a Word / Waiting For An Alibi / Still in Love With You / Johnny the Fox Meets Jimmy The Weed / Cowboy Song / The Boys are Back in Town / Suicide / Are You Ready / Baby Drives Me Crazy / Me and the Boys
Publié par Angelo Misterioso à l'adresse 2:19:00 PM