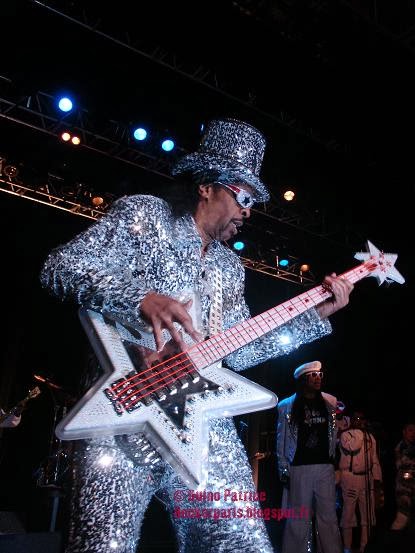 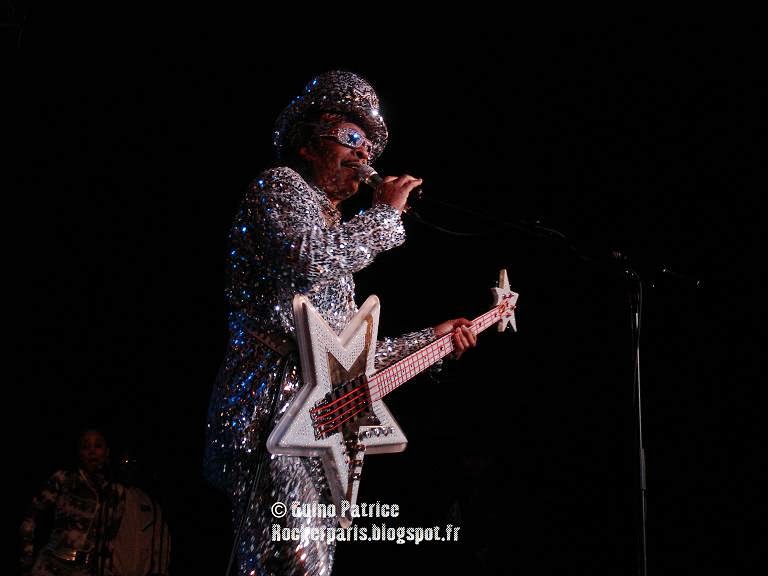 Welcome to the spaceship with Bootsy Collins and his friends all dressed up as astronauts ready to invade the moon. More than 15 people on stage, First part with lots of groovy songs.
Bootsy is leaving the stage a couple of times during the gig to have a rest a let  first his sexy backing vocals girls treating us with a nice rendition of Deee-Lite's "Groove Is in the Heart" and then his Backing Vocals men for some more soulful songs.
There is also a nice tribute to Buddy Miles with « Them Changes ».
Bootsy is doing the show more than he plays bass but that's ok, he's even getting into the pit to the delight of his fans.
Strange ending inviting the audience on stage on stage for the last song "One Nation Under a Groove" no encore but a 120+ min concert that was GROOVY.

Setlist (from Funk U) 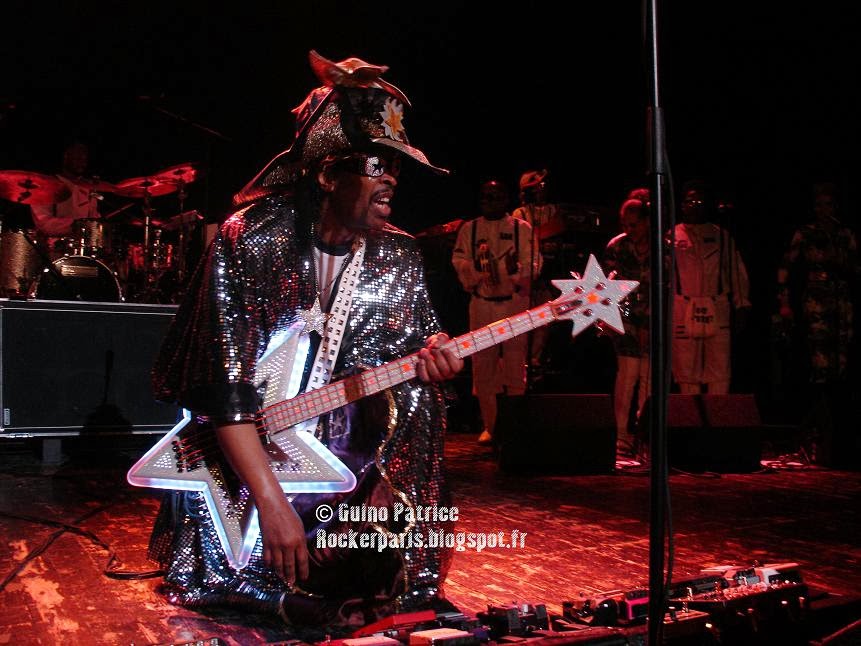 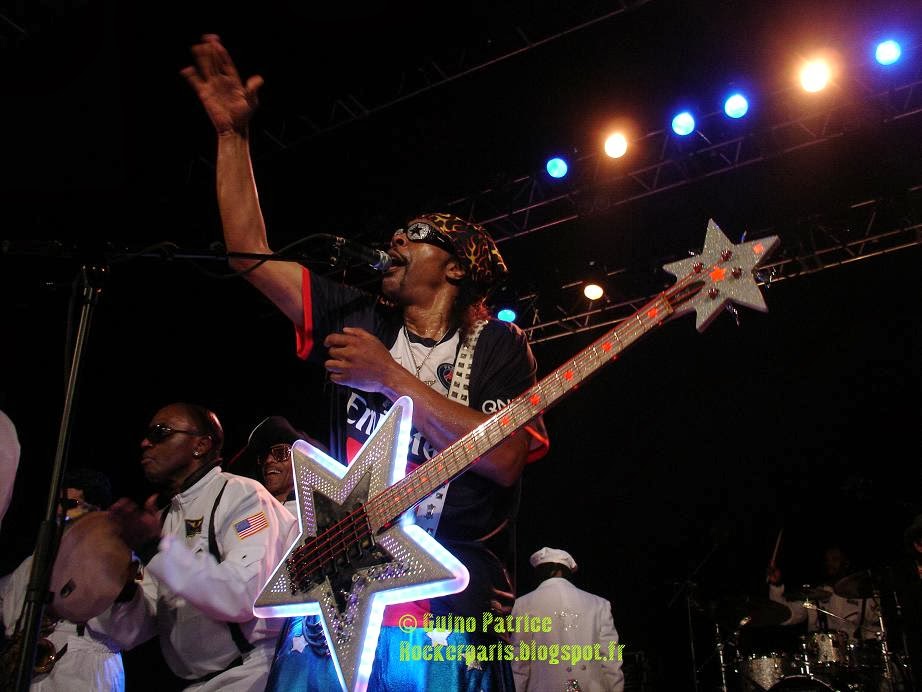 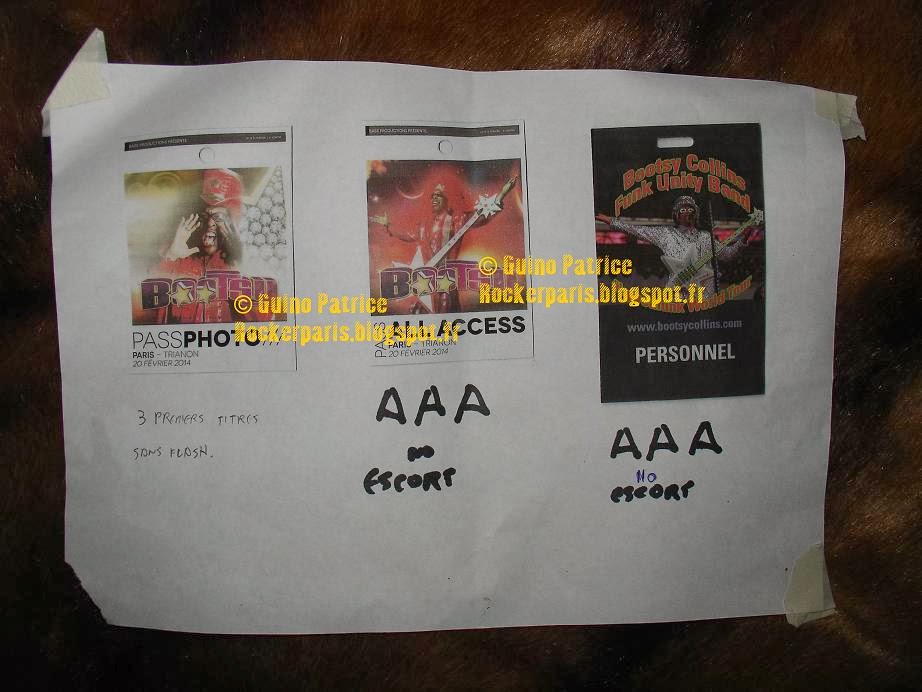