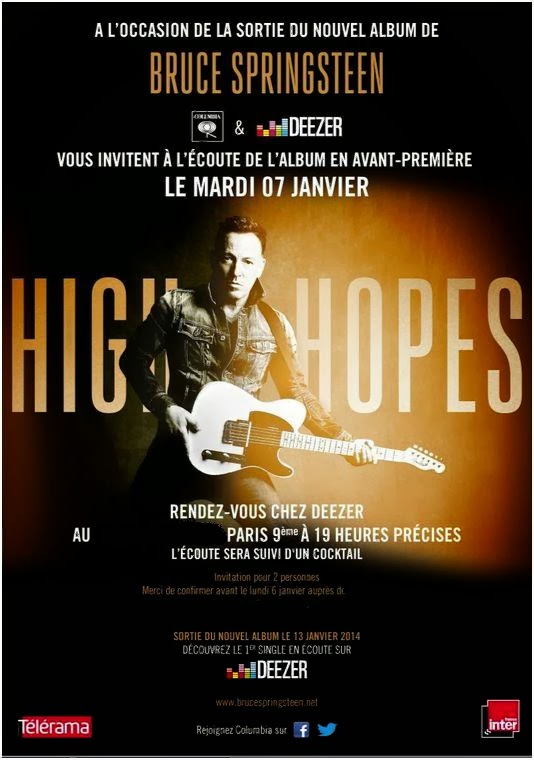 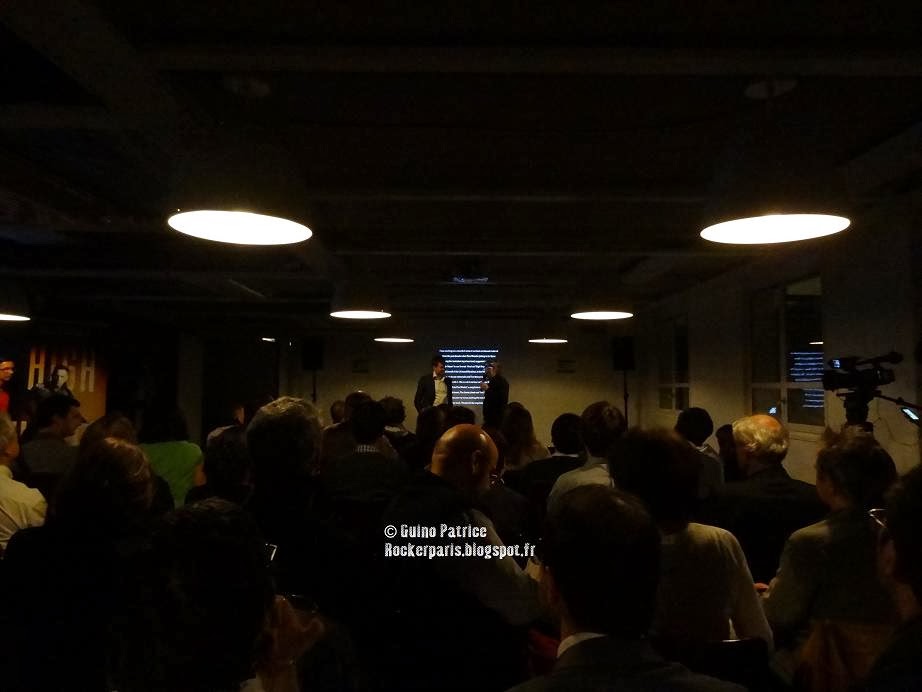 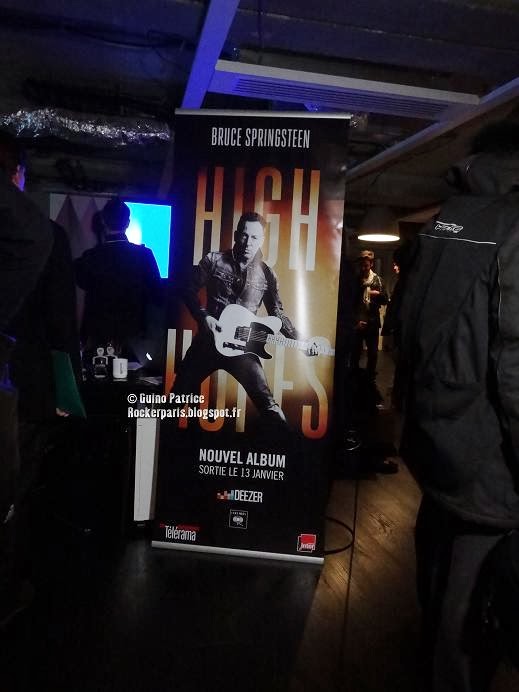 Just back from the listening party @ DEEZER HQ in Paris. Maybe 100+ people from the press and Deezer business partners. Everyone is quietly sitting down in a room in front of a screen that will play the lyrics to Bruce Springsteen's new album "High Hopes" as the audience is listening to it.
I was expecting Bruce to turn up unexpectedly as a friend of mine told me he was in Paris this saturday. No way.
Different atmospheres, different sounds. Tom Morello 's presence can seem ode on some songs, it is ; it's working good on others. It's the strangest album in Bruce discography.
Hard to consider this as a REAL new album it's more a compilation of unreleased and pre-released tracks re-worked. Overall good album.

You can now stream the album in France on Télérama ,  in England via The guardian , in the USA via CBS. 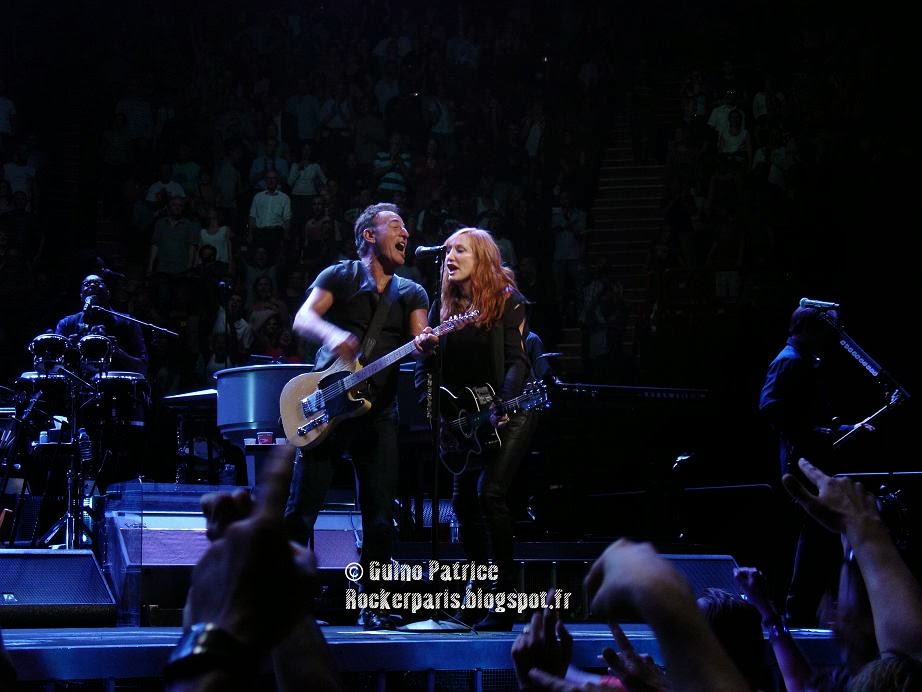 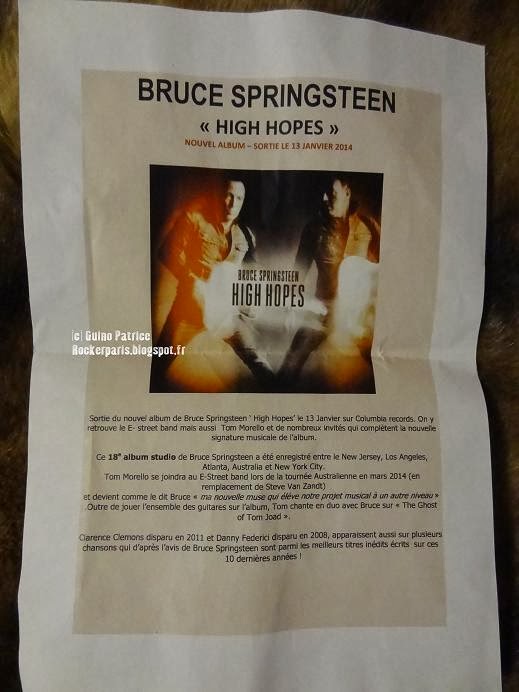 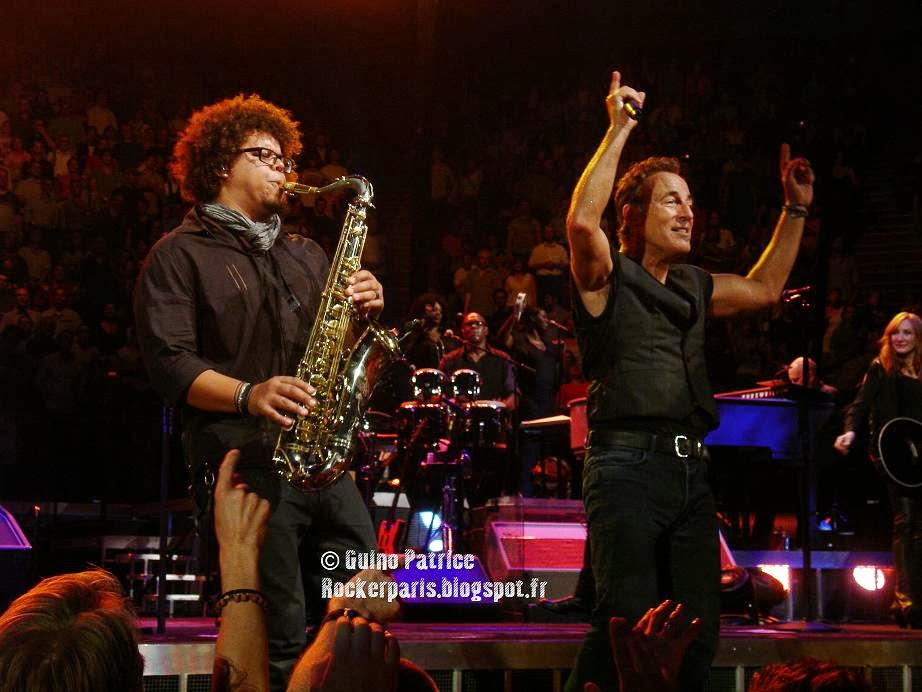