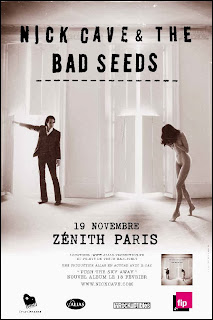 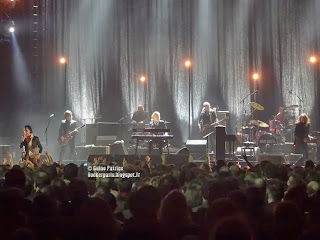 Nick Cave is getting more and more popular over here in France as he's playing a sold-out Zénith tonight, two support bands tonight Shilpa Ray & Les Colettes but we arrived just at the end, we really wondered what to do, go to the Stade de France for France-Ukraine or Nick Cave , it was so cold outside we preferred the warmth of the Zénith. 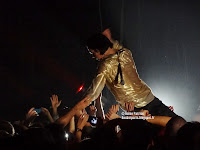 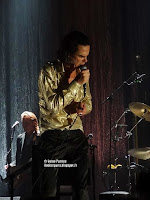 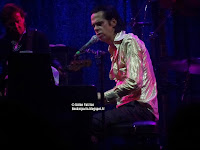 I guess that all the "bobos" in their late 30s were here tonight, nice atmosphere though. Nick is smartly dressed, wonder what kind of grease he's using for his black hair.
It started nicely with a very slow song from the new album, Nick Cave is as wild running from one side to the other of the stage and getting down the front to touch his fans of the first rows all along the set.
Tonight we had lots of slow and mid-tempo songs , too many for me, sometimes it was going wild but not as much as I would have liked.
The one that was wild was Warren Ellis playing like a maniac on his guitar or violin and throwing his bow several times up in the air.
Very touching ballads in the middle of the set when Nick is playing on the piano.
Too bad he didn't respect the setlist by not playing any songs from my favorite album "Abattoir Blues".
Nevertheless we had a great 2 hour show and a satisfied audience. 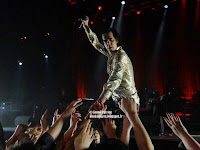 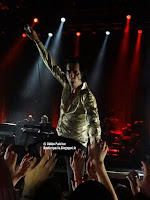 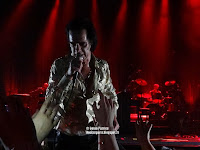 setlist:
We No Who U R
Jubilee Street
Tupelo
Red Right Hand
Mermaids
The Weeping Song
From Her to Eternity
West Country Girl
God Is in the House
People Ain't No Good
Into My Arms
Higgs Boson Blues
The Mercy Seat
Stagger Lee
Push the Sky Away
encore
We Real Cool
Papa Won't Leave You, Henry
Deanna 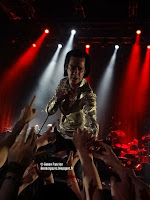 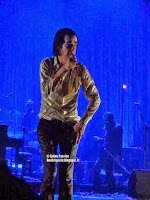 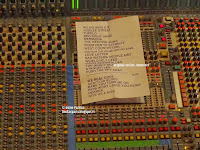 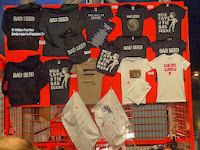 Merchandising and original (and wrong setlist)