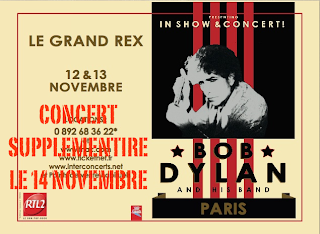 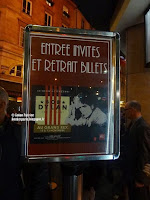 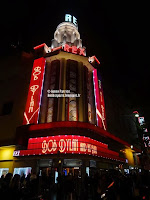 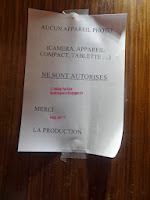 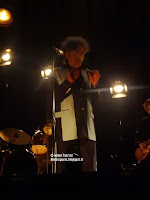 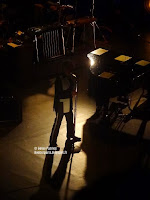 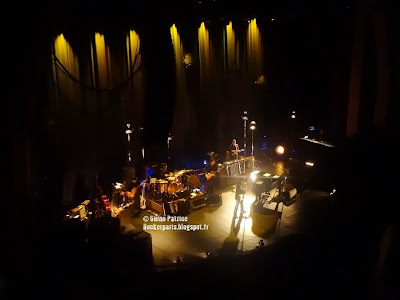 
Well, hard to say anything, Bob is not singing, it's been like this for years, he's mumbling something with an horrible voice, some people who are seeing him for the first time are a bit surprised and the joy they were expressing when he appeared on stage turned onto resignation. When you know what to expect it's no surprise. Too bad there were many songs from the recent albums, luckily a couple of oldies in the second set that was better and the usual hits for the encore.
Good show, better than in 2011.

Mariannne Faithfull was in the audience and ... Sylvie Vartan. 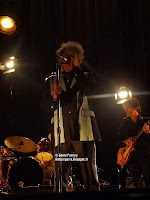 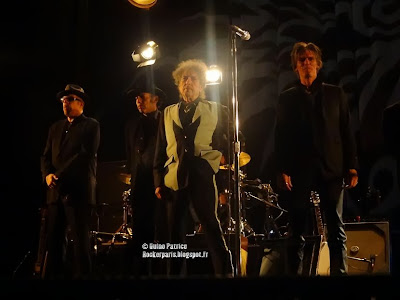 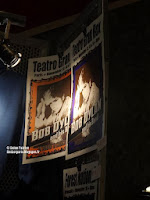 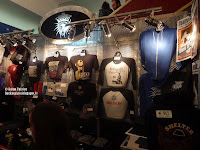 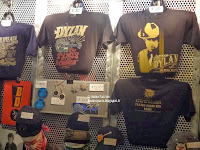