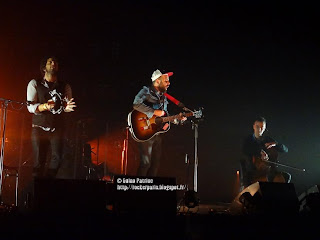 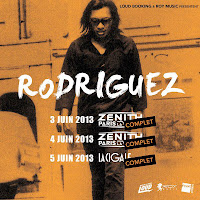 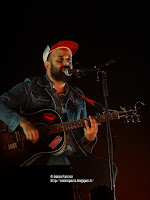 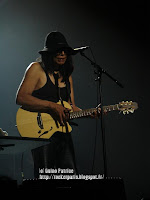 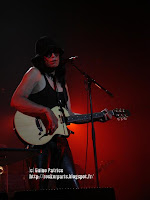 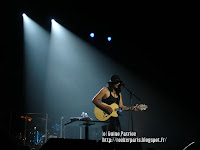 Thanks to OLIVER PEEL I've discovered cult musician Rodriguez just after he played his first ever ( and sold-out) show in Paris @ Nouveau Casino on June 01 2009. Of course Oliver, the lucky Bastard, was at the gig. Oliver offered me both his records for my birthday a few months later and I've been listening to them constantly since. Fantastic records !!! Many People are comparing him to the best records of Bob Dylan, I guess they're right, but I've never been a hard-core B. Dylan fan.
Needless to tell you my expectations were high  as I've been waiting for this moment for 4 years and needless to tell you that the movie "Sugarman",  its success and its quality I've raised my expectations  higher.
All shows are sold-out: 2 Zénith and 1 Cigale.
The audience:  from Posh young girls (many)  to old hippies ( a few). Going to Rodriguez is the Hip place to be/go , just heard a girl waiting in line telling her friend on the phone " I'm going to Rodriguez , Isn't that cool !! But I don't know any of his songs" Nice way to start !!!

Down the front before Jill is lucky starts playing I can see a bit more of the audience around me: a whole posh/ultra catho family, feels like being at the local church party/bazaar. What the Fuck ?!?

Anyway, Rodriguez is escorted onto the stage by 3 people , I guess that now that he is a rock-star he can afford it.
Unfortunately he seems to be a bit lost on this huge stage and a bit nervous, his voice is very weak and we can barely hear his acoustic guitar.
From all the Live videos I've seen on Youtube where he was really playing, now things have changed he's "acting" a Rock-star on stage.
To get things worse, Songs are under-rehearsed, the band is trying to follow him but it's far from being tight. In fact there was no rehearsals.and when Rodriguez is losing the rhythm because the band is not playing the right thing he's editing the song.
Of course like at all his gigs he's not only playing his own songs but he's doing a few covers "dead end street"... including a short " La vie en Rose" for Paris.
This is just above average.
I guess I'm the only one feeling (very) disappointed as all my neighbors seem to enjoy themselves.
75 min show
I have my ticket for tomorrow I hope his voice will be back after a good night sleep. 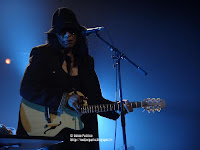 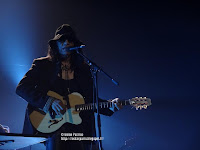 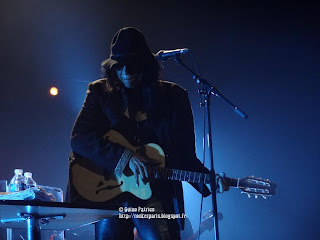 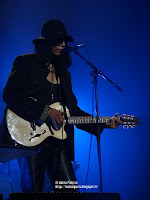 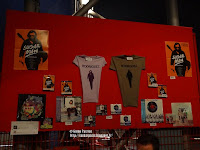 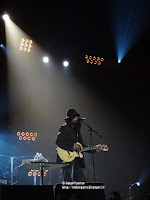 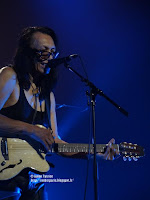 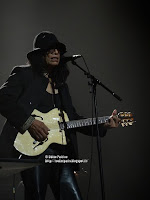 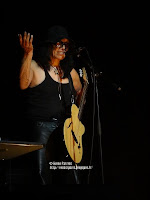 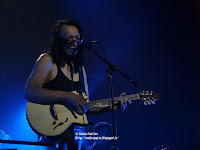