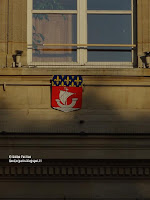 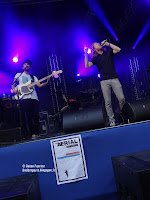 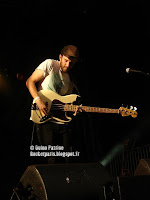 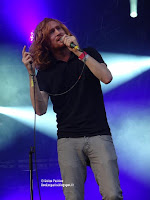 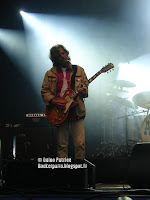 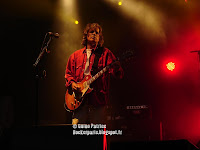 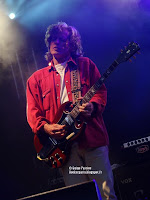 Free outdoor gig in front of the 3rd district Town Hall in Paris for the Festival Soir d'Eté à Paris, tonight this is a Blues -Rock orientated night with Great french Blues Guitar-Hero Paul Personne.
For people staying in the French capital, there are lots of free activities organized by the city of Paris, free gigs (including the Paris plage fest at the Hotel de Ville this July), you can also watch movies on huge screens in parks and so on...

Before Paul Personne we have Franco-English Electro-Pop band The Aerial, I'm just wondering what they are doing opening for Paul, not really our cup of Tea. The funny part was when they went into the audience to play an acoustic song otherwise... Funny how the singer has Robert Plant poses too. 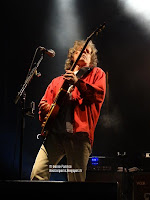 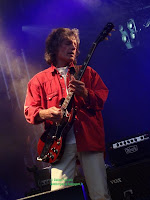 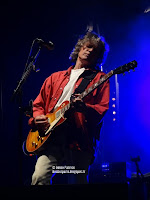 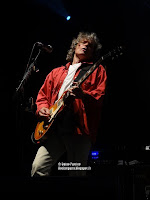 The show is broadcasted live on OUIFM radio so each band is playing on time.
9:15 pm and DJ Dom Kiris is introducing Paul Personne to a packed street, This festival is situated in the street between the Town Hall and a Park.
It's starting badly with two uninspired blues-rock tunes then things are getting much better with better songs and some great guitar playing.
Lots of guitar solos and stretched out songs, Thank god, we have our French Allman Bros band but with only two guitar players and it's sounding amazing.
Great 75 min performance. 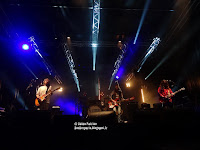 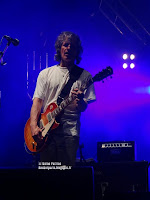 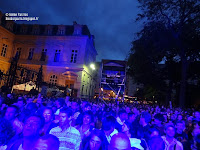