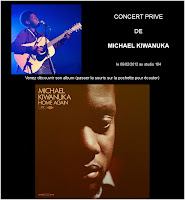 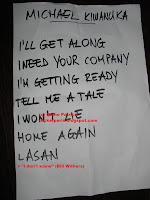 British soul artist Michael Kiwanuka is in Paris to promote his first album "Home Again" to be out on March 24th. For the moment there's only an EP to listen to that is more acoustic.
He's doing lots of promo and his English tour in clubs starting next week is sold-out.
From the songs he played tonight, you can hear that there's talent, songs are simple & great.
Between folk & soul à la Richie havens & Bill Withers, most of his songs are very laid back and we have to say we prefer when it's less acoustic and more soulful with 70's arrangements like the song "Tell me a tale" (video below).
Nice performance but we need more up-tempo songs.