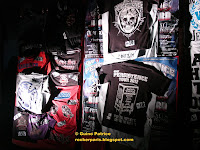 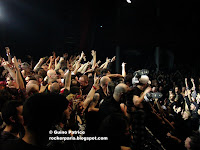 Wow ! I haven't seen both these bands for such a long long .. maybe 15 years.
Don't ask me what they've done recently I don't know.
It's freezing outside but it's hot as hell as usual inside the Bataclan theatre, don't know if it's sold-out but the place is packed.
As we had a busy day we get there very late, in fact we missed all the bands but Biohazard and headliner of this Persitence Tour: Suicidal Tendencies.
I have to mention that we don't know the other bands at all.
Anyway since we saw them (Biohazard) the line up has changed, they're still kicking ass like never before.
The security is nowhere to be seen even though there's people stage-diving all the time, pretty cool and relaxed atmosphere with some ass kicking hard-core music from NYC. 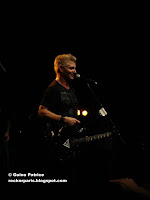 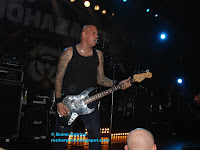 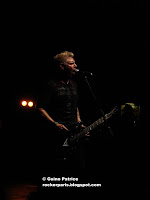 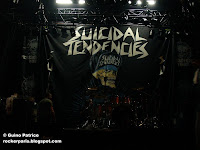 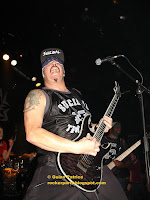 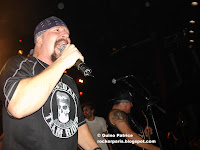 Last on stage tonight is Suicidal Tendencies , though they're very popular in France and playing almost every year, I haven't seen them in a very long time,15 years...
Once again the line-up has changed since I last saw them: Only Mike Muir & Mike Clark are remaining from the original line-up.
Great to hear once again some of their great songs like "You can't bring me down" and some others I can't remember.
Once again it's a kick ass set with lots of people on stage all the time, for the last song it looks like half of the theatre in ON the stage with mike singing from the drum stand.
Nice , ST invited the whole cast for a family picture. 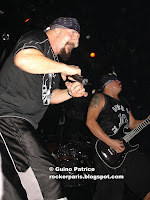 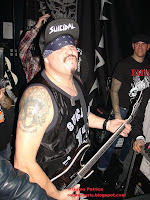 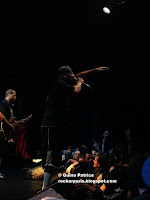 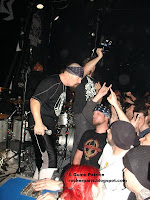 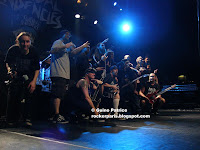 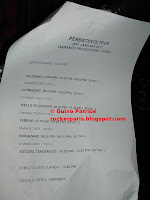 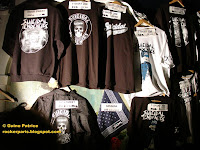