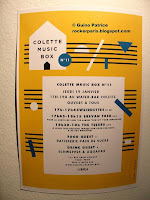 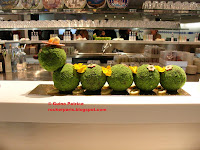 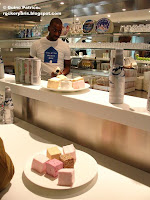 Once a month, trendy Colette store is organizing a concert @ The water bar in the basement of its Rue St Honoré store.
It's free and the food & drinks are sponsored so there 's always quality food, this time it's homemade Marshmallows by Pain de Sucre for everyone. (& some macarons & champagne on your way in). 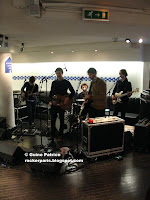 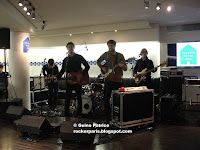 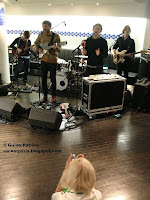 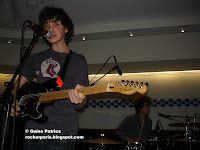 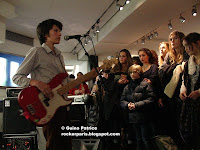 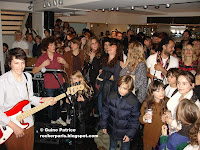 The Teeers / Kids wanna ROOOOCCKKK!!!
Then suddenly the basement is getting packed by many kids, don't know where they're coming from, the oldest is probably 15 and the youngest 5-6 years old.
What the Fuck ???
The headlining act The Teeers is a power trio, hard to believe but those kids are really rocking and the musicianship is high considering that each one of them is barely 14 years old. Yes... 14 years old.
Now we understand why there's so many kids down here.
They have their own songs, good ones heavily influenced by the English pop-rock & Arctic Monkeys and they're singing... in English.

They are the Real baby-rockers and they fucking rock ! and they already have lots of groupies !
Publié par Angelo Misterioso à l'adresse 12:16:00 AM