Oct 07: updated with links to videos 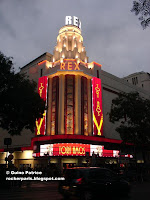 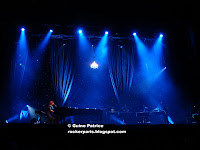 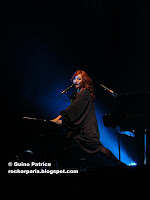 Tori Amos is still as popular as ever in Paris.
Le Grand Rex is sold-out ( correction : in fact No it wasn't , there were tickets left at the box office) and from the street you can see that it's beautifully decorated with some great lightning and screens introducing next shows and projections.
Le Grand Rex is a concert Hall and a cinema.

Don't miss the Première of the projection with Olivia Harrison of the Martin Scorsese documentary on George Harrison.( Sunday Oct 16, 5:00pm). 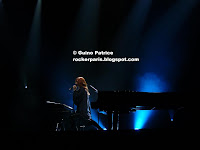 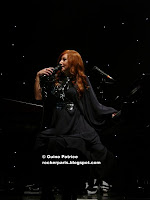 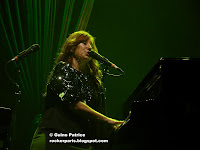 First on stage is a poor guy on piano playing us his depressing songs about love.
It wasn't bad but he should have some more up-tempo songs, feels like he was about to cry into his beer. 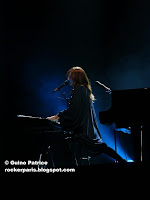 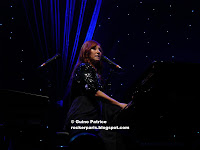 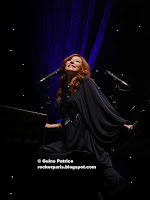 For Tori Amos the stage is very simple but beautiful: a grand piano and a keyboard on the left, the string section ( a quartet) on the right in the back.
Some curtains & starry night backdrop for the atmosphere and some great lightning.Let's not forget the chandelier above the stage hanging from the ceiling (see pic above) 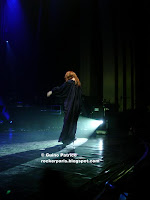 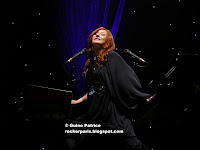 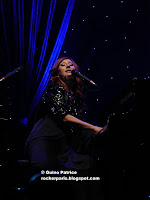 We're not too familiar with her repertoire even though we have a couple of her albums, see below for detailed setlist, I guess she stuck to it.

She's alternating songs with the quartet and on her own playing the grand piano, the keyboard or both of them at the same time as usual with very sexy looks and poses, very sensual.
The music is very hypnotic and the voice absolutely stunning.
She has a very dedicated fan base and the atmosphere though quiet is electric, you can see it in the eyes of the audience.
There are lots of foreigners from different countries.
A show like this is hard to describe, you had to be there to feel it.
It remembers me of the show we attended at the very same hall of Anthony & The Johnsons a couple of years ago. 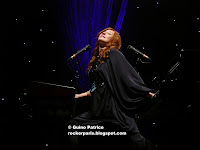 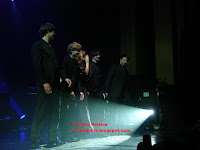 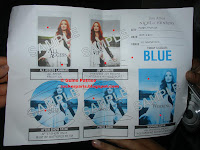 For the first encore the first rows are rushing to the stage, the quartet is playing a song on it's own when Tori is backstage refreshing herself before coming back on stage for the second encore on her own. Check videos HERE 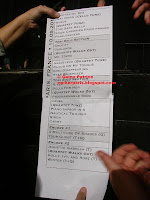 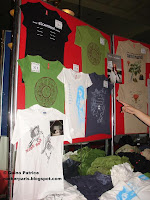 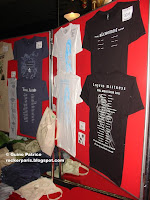