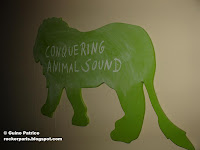 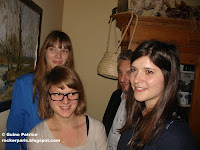 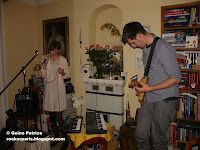 Sniff, sniff... Last Oliver Peel session at the appartment of the Avenue Duquesne near the Eiffel Tower.
It's a mid-week session so it wasn't as packed as last saturday but still lots of people to celebrate.

Tonight it's a band, in fact a duo from Scotland: Conquering Animal Sound.
This duo have just released an album this year which had rave reviews in the press.
For once @ Oliver's it's not a folk band with banjo.
They do sound like a Scandinavian Electro-pop band, Bjork would be proud. 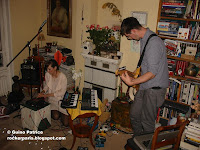 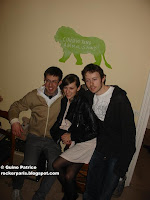 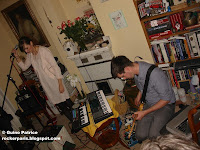 As you can see on Pics lots of electronic on the stage but they still do sound organic with lots of voices loops.
Refreshing ambient pop songs. 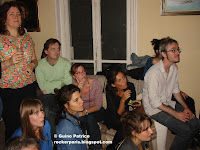