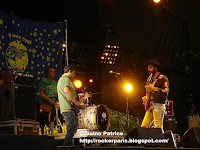 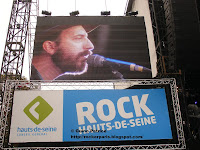 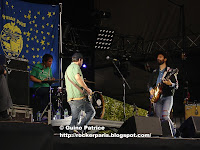 The bill for this Rock en Seine is far from being good, no more than 2 very good bands or major acts every day.
Today apart from Foo Fighters and The Kills there's nothing really worth standing in the rain all day.
Well I guess that Météo France should by new computers as it didn't rain for the whole day.
We arrived there just in time for Herman Dune.
We've missed Seasick Steve who was joined by Allison from The Kills ( click for video) It was probably good, we already saw him @ L'Album de la Semaine and Biffy Clyro.

Very good discovery with Herman Dune, just 3 guys but they had a wall of sound. Lots of mid-tempo and relax songs for some cool folk rock à la Neil Young.
Nice start. 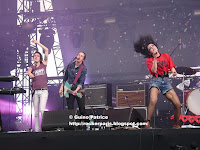 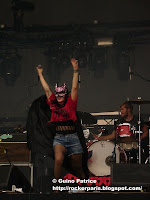 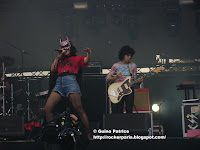 CSS is playing on the main stage, these girls from Brasil have already played @ Rock en Seine in 2007 and even though we're not fans of electro pop, we've always liked CSS live, they are very entertaining. 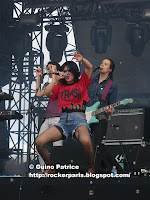 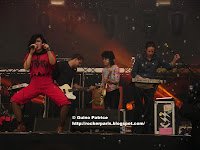 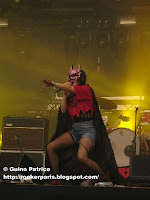 As you can see on the pics, their singer LOVE FOXXX is making the show with some crazy dancing and funny stage clothes, they've also played a couple of (more) heavy rock songs.
Once again they were very good, even Foo Fighters fans around us liked the show. 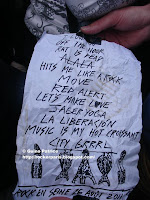 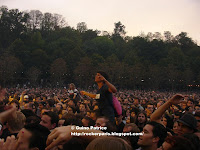 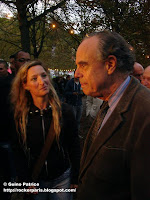 Frederic Mitterrand french minister for the Culture was there hanging out.
We stayed on the main stage to wait for The Kills, last time we saw them was a few months ago @ the hot & sweaty Bataclan and we were disappointed.
Will it be the same today ? 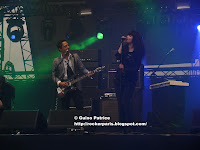 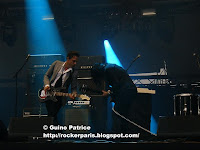 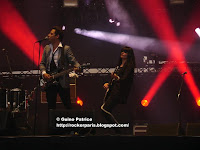 Well... yes, first the sound was shit down the front and second they don't have real songs and it seems that they're playing on auto-pilot. The fact that they added two black girls on backing vocals for a few songs didn't change anything.
We used to like them... not anymore so we left before the end to go and see Mick Jones' Big Audio Dynamite. 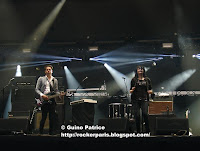 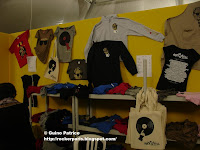 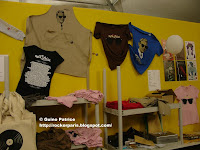