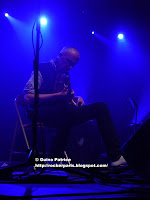 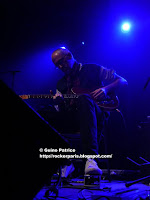 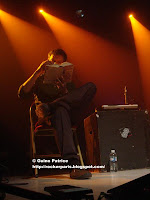 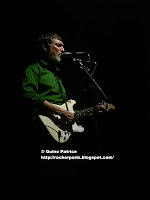 First we have Chokebore's guitar player Jonathan Kroll opening with a short set of instrumental ambiant guitar playing with loops.
Then Troy is getting on the stage on his own, playing with the help of loops. Unfortunately after the first song his guitar broke down so he had to borrow one from the venue so it took a couple of minutes to sort this out.
He took time to "play" one of his song on a vinyl player while reading the Bible, he later did a bit of yoga (see pics).
He played most of the set on his own and was joined later by a drummer (from Chokebore) and female french bass player Adeline for a few rock songs, that's the part we prefered. 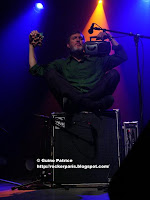 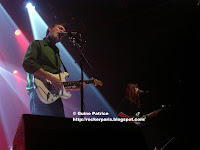 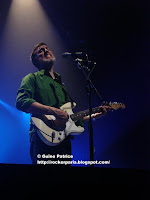 He ended the set on his own
Good show but we 're more into rockier songs with the band. 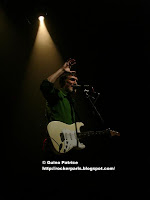