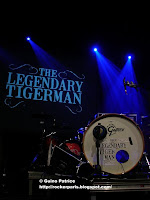 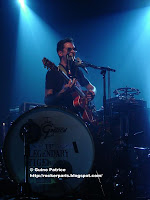 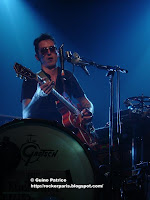 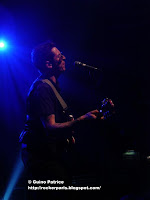 Cool Soul Festival @ the hot & sweaty Bataclan, early start as there are many bands and the curfew is @10:30. Doors are opening @ 6:00.
We missed Cool Kleps who were opening and SHIT as we're getting into the theatre Lisa, the singer from the Bellrays, is already on the main stage. Why are they playing so early ?
In fact NO, she's only playing a song as special guest of The Legendary Tigerman. He also had a female singer on a couple of songs.The guy is on his own sitting down playing guitar and singing AND playing drums with his feet : a one man band. He's playing some heavy greasy blues rock music.
Some Pics from his show HERE
Short set probably no more than 45 min.(corrected). 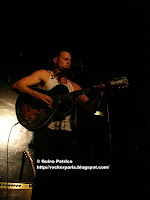 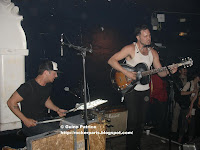 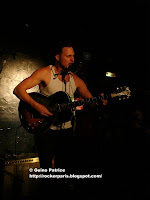 The we have Restavrant playing on a small stage next to the entrance, not the best location, it's hard to get 3 stages in a 1200 capacity theatre. It's a duet Drums/ guitar-vocals playing some punk greasy heavy country blues-rock. 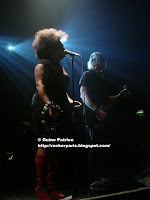 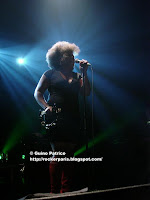 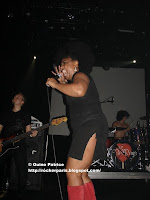 As soon as they're done The Bellrays are playing on the main stage, I would have prefer to see them headlining but it doesn't prevent them from playing a heavy set.
The last time I saw them they were playing some of their cool soul songs not tonight it's pure rock'n roll from start to finish with short fast & heavy songs. Maybe are they trying to compete with the headliner or stay in the mood of the festival.
I don't know why they call it "Cool Soul" it's not Cool Soul at all and more "Heavy Blues Rock". Anyway, 45 min take-no-prisoners set.
We're never disappointed with The Mighty Bellrays. 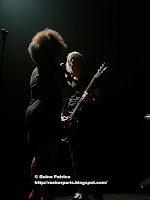 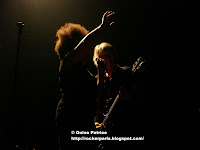 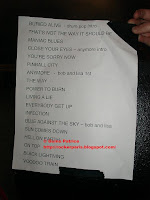 setlist
As the techs are getting the main stage ready for Jim Jones Revue, Scott H Biram is playing on the third small stage next to the emergency exit. He's on his own , another greasy boogie blues rocker from Austin 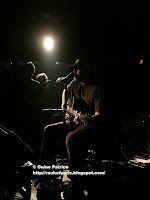 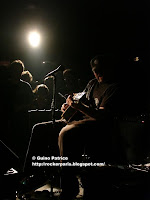 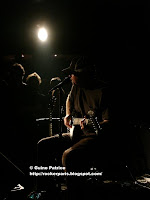 It's 9:30 and it's time for the headliners of the night to take the main stage by storm, a fucking tornado these guys.
It's chaos down the front with people pogoing, dancing , jumping up & down.
We already saw them a couple of times at The Album de la semaine tv show for Canal+.
The atmosphere is really important to feel a gig and at these tv shows the audience was sitting down and clapping nicely at the end of each songs.
Tonight you feel the power.
Don't know about the sound as we're front row next to the guitar player so the guitars are drowning everything.
Once again from start to finish it's a heavy, i mean very heavy hour set. 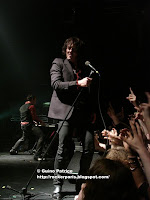 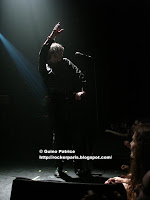 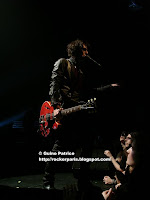 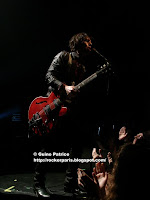 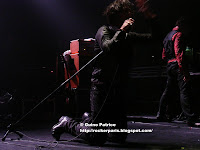 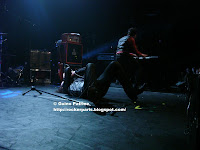 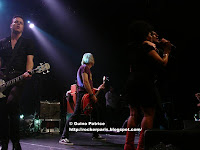 For the encore The Bellrays (+ The Legendary Tigerman) are back to play the most heavy version of Good Golly Miss Molly I have ever heard.
It's only 10:30 and we're shattered, sweating buckets.
It's time to go home for a good shower after a visit to the merchandising tables where the musicians are meeting the audience. 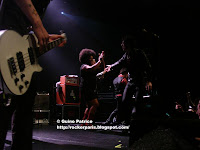 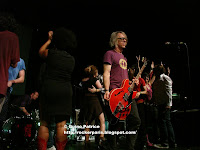 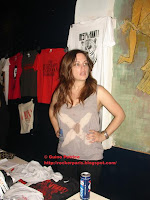