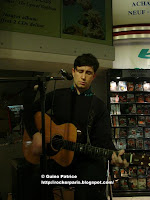 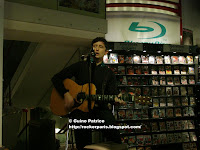 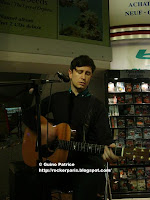 Adam Ficek on his own on acoustic guitar to promote his record in this famous Record-dvd Store in St Michel just next to the Sorbonne.
Small gathering of devoted fans for the former drummer with The Babyshambles, maybe 5:00PM wasn't the best of time as all the kids are still in school or at work.
Anyway Adam did a great short 30 min set with his cool and soft songs from his records including a couple of new songs at the end.
As often the "late" Oliver Peel missed the gig.Nice Jacket ! 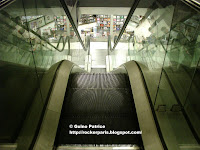