Another great video, "Heavy Cross" & Beth saying hello to French Crowd, too bad the last part is missing when she's crossing the pit from one side to the other:
Gossip @ Paris Bercy
Dec 09 2010 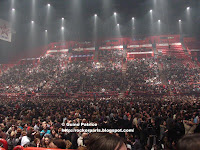 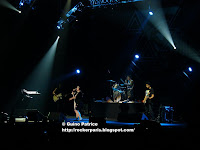 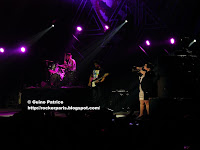 Gossip playing @ Paris Bercy, I must be fuckin' dreaming.
It's really amazing the first time they've played in Paris was at the Point Ephémère, then they've played (not in that order) the Boule Noire, The Fleche d'or, The Nouveau Casino, The Studio 104 @ Radio France, The Casino de Paris, 2 sold-out Bataclan (second show HERE), last time was 2 sold-out shows @ The Zénith (6500 capacity) and NOW @ Bercy, 16500 capacity.
Click on links for review Pics, video & setlist.
Ok it's not sold out, around 12 000 people, there are black curtains at the very back to cover empty seats but nevertheless it's hard to find a seat in the stalls and the pit is rammed.

A couple of minutes before the show started Lenny Kravitz with his guitar player and two security guards crossed the whole pit to go to the mixing desk without anyone recognising him. Funny. 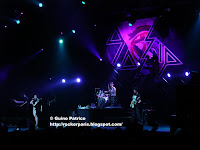 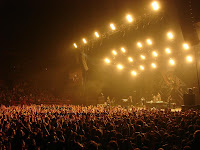 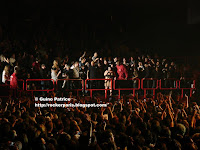 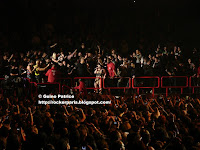 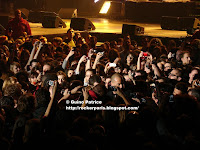 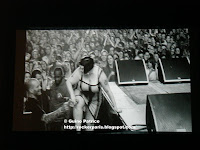 They started with a very slow songs and for the second everybody was standing up & dancing like crazy mother fuckers.
Gossip has always been the link between rock & dance, a bit more dance lately...
I'll try to get the setlist as soon as possible... 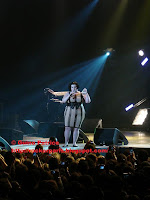 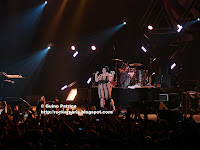 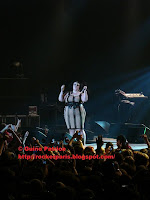 Beth is communicating a lot with the audience, mostly in French unfortunately she's acting a bit as if she was still in a club; when you're playing that kind of big arena , you have to do as if you were talking to the guy at the very back of the venue not the one in the first row.
She also thanked many people from the stage which was a bit annoying in the end even though I can understand she needed to thank all the people who have been with them from the beginning from little clubs to this big arena which is probably the biggest headlining show they've ever done. 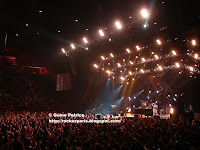 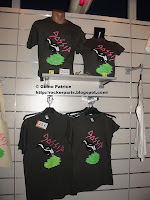 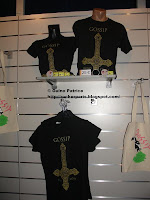 She did the same routine she did when she was playing clubs, she went into the stalls (see pics) and went back to the stage crossing the entire pit from one side to the other to rousing applause.
They played a bit of Black Sabbath's " War Pigs" at the beginning of one of their songs...

Beth stayed alone on the stage at the very end to perform Whitney Houston's " I will always love you".
Nice show. 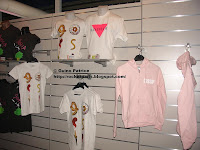 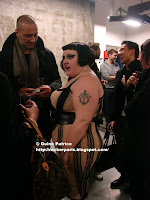 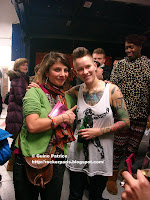 There was an aftershow party for 150 with some drinks and canapés, the whole band turned up to chat with people in a very lively atmosphere as a dj was playing some dance music. 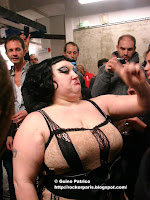 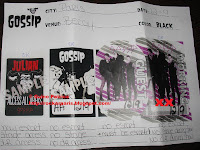 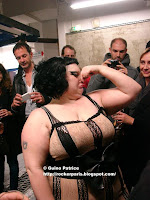