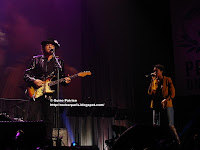 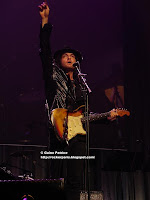 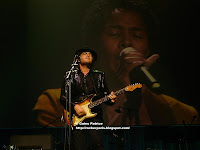 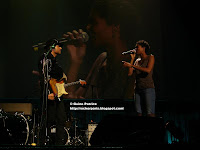 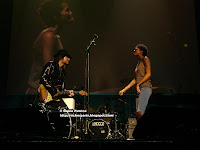 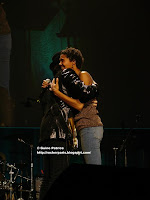 The guy on the guest list is cool and is giving us 4 tix ( he has dozens and dozens of tix that no one picked up).
The bill was really crap, some second rate artist ( to us :Youssou N'Dour, Yodelice, Vanessa Paradis) apart from Patti Smith, the kind of artist very popular in France.
The place is half empty (???), the Zénith is a 6500 capacity concert hall, there's probably 2000 people , black curtains in the back and seats in the pit.
We arrived just as -M- (aka Mathieu Chedid) is playing with Ayo , long jam, a bit boring and then Ayo is playing a new song to be out on her next album ( boring again). 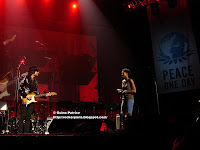 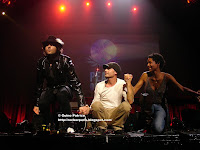 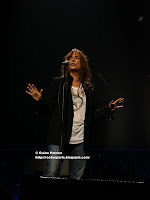 We're very lucky Patti Smith is playing now, she's the one we came for.
Very good 4-5 songs set on acoustic ( Lenny Kay on guitar) with "Because the night", here on video, a couple of other songs including "Pissing in a river" (click for video) and " People have the power" (click for video)with -M- on guitar (see Pics). 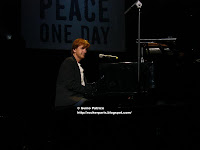 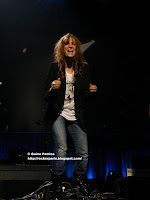 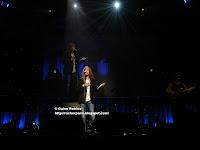 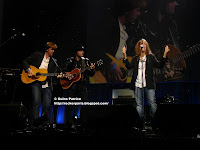 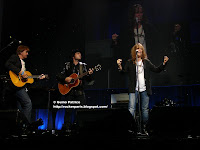 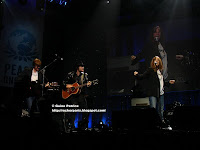 Bruce out of shot. 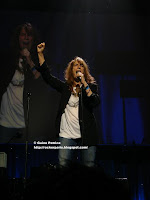 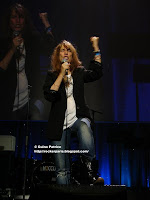 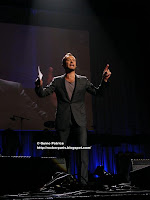 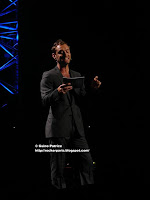 Jude Law ( for the ladies) is talking about this "Peace One day" organized by a Bob Geldof wannabe. 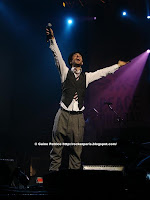 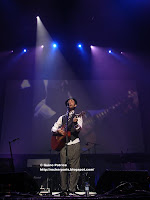 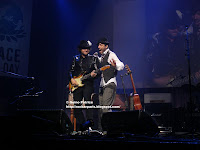 Charlie Winston is the headlining act, he's VERY popular in France thanks to a couple of hits singles.6-7 songs set
He and Jude Law are going into the pit to have a walk around the place to the ladies delight.
He's later joined on guitar by -M-, a choir of 20 teenage girls is also joining him for a few songs. 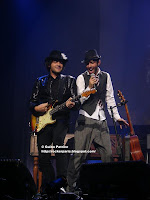 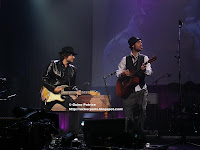 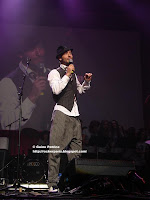 Last song is a song he wrote specially for this Peace One day ( simple melody and lousy lyrics).
Average music but enjoyable though. 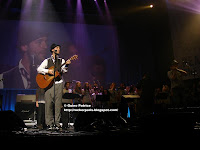 Great to see Patti Smith even for just 4 songs.