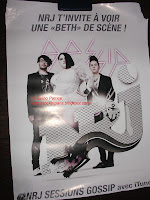 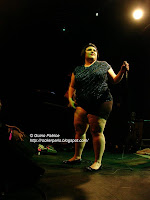 La Fleche d' Or is welcoming Gossip for a private, invit' only show just a few weeks after Peter Doherty played the very same place.
This time it's not chaos outside La Fleche d' Or in fact the security is very loose and they do not check at all after you pass the girls doing the guest list so I could have get in with a coach full of drunken poles nobody would have noticed. 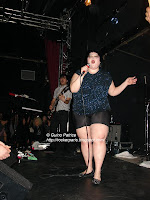 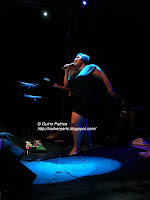 There is an experimental support band, we didn't really get their name ( "10LE6C"), lots of percussions and a very sexy Asiatic female on vocals & screams. ( No Pics sorry, Patrice was at the bar)
Can't really say that they've played songs, enjoyable though. 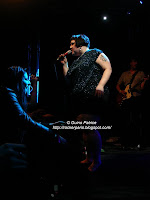 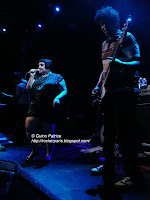 Around 9:45 PM Gossip took the tiny stage, well what can I say ? they've played in Paris so often for the last year , they're constantly touring.
It's probably the 4th time I'm seeing them in less than a year in Paris.
Too bad from where I was I couldn't see the cute drummer, the bass player has a really funny face and Beth is wild as usual.
They've incorporated portions of Michael Jackson's songs in between ( with Talking Head's "Psycho killer").
Short set, no more than 45 min.
They will play the Zénith ( 6000 capacity) for two shows in May, the first one is already SOLD-OUT. 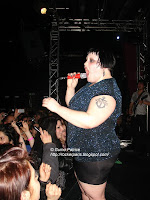 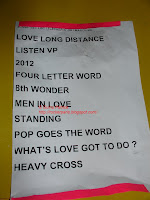