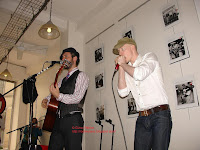 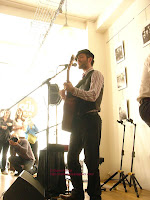 Charlie Winston is becoming very famous in France playing to sold-out theatres with an 90% female audience.
Today is no exception for this private radio show in the lobby of OUi FM in Bastille in front of just 50 people. Most of them competition winners.
Only girls and many of them very pretty.
His first single " Like a Hobo " is everywhere on radios ( and here on video ).
His pop-folk-blues is refreshing without being pretentious.
Today he's performing with just one of his musician on harmonica for a good 30 min, playing 7 songs if I remember well , including one with a couple of friends and one with his father on acoustic guitar and vocals.
Very relax atmosphere , the guy seems very nice, communicating with the audience and always smiling.
Cool set. 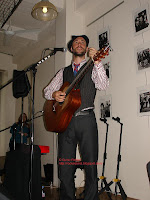 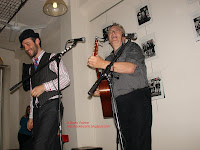 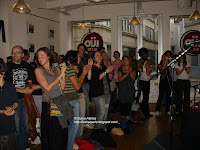 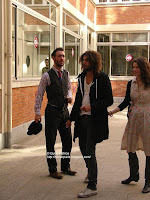