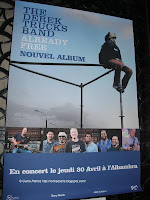 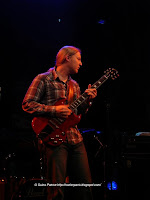 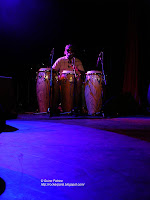 First time i was seeing Derek Trucks with his band , he played on Eric Clapton's last solo tour with Doyle Bramhall.
He's also playing with his uncle Butch Trucks in the Allman Brothers Band.
The gig was divided in two sets ( 50 min for the first ).
As you can expect , lots and lots of guitars soli , it's hard to believe how such a young musician can be so talented on guitar.
He's a master of the slide and is playing without plectrum but his fingers.
The guy knows what he's doing and is very concentrated on his playing , the music goes from southern blues to free jazz.
He played a FANTASTIC version of " Anyday " from Derek & the Dominoes , the most beautiful and powerful version i have ever heard. INCREDIBLE
What an amazing guitar player ! 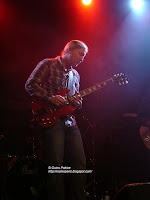 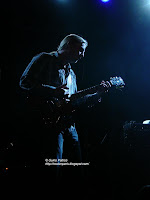 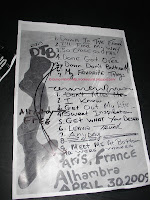